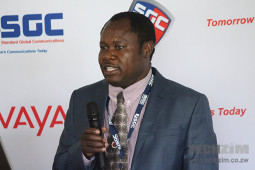 Despite having an “over-subscribed” mobile penetration rate of 106%, POTRAZ estimates that only 60% of the Zimbabweans are actually on mobile device or have multiple-active mobile SIM cards (Unique subscriber penetration). This was revealed by a POTRAZ official responding to a question at the recently held Enterprise Office Communication Summit in Harare.

The POTRAZ official, Mr Shingirai Marufu said although Zimbabwe‘s mobile penetration has reached 106%, the actual head-count of people in possession of these SIM cards is only 60% of the population which translates to 8.4 million people.

This obviously raises questions regarding mobile penetration and some key decisions that may have been made due to misplaced assumptions.

Handset purchases have increased significantly and mobile telephone penetration rates have also increased substantially to over 100%. Customs duty reduction has, thus, achieved its intended purpose. I, therefore, propose to levy customs duty on mobile handsets at a rate of 25%, with effect from 1 October 2014.

Following recent criticisms that most African markets count SIM cards instead of unique subscribers, The African Wireless Communications Yearbook reports that the GSMA recently cut penetration statistics on Africa from over 100% to 45%. Research ICT Africa (RIA) says South Africa reported a peak penetration of 115% but the actual figure is 85%.

The realism seemed to have escaped Zimbabwe until recently. In fact, posing a question to POTRAZ at the Enterprise Office Communication Summit, Alvin Musingezi, a Senior Data Analyst with Deloitte Zimbabwe, suggested that an over-subscribed mobile penetration could indicate problems more than successes in adoption – now more apparent since adoption is in the hands of only 60% of the population.

One potential problem all this could be pointing out is that service and pricing in Zimbabwe in not near good enough hence consumers feel the need to own multiple SIM cards. Consumers cannot rely on one carrier for a great service and a great deal.

What sort of impact do you think a lower mobile penetration figure will have on the local tech space and business environment?

7 thoughts on “60% of the Zimbabwean population connected on mobile: POTRAZ”