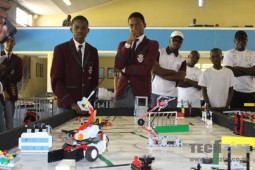 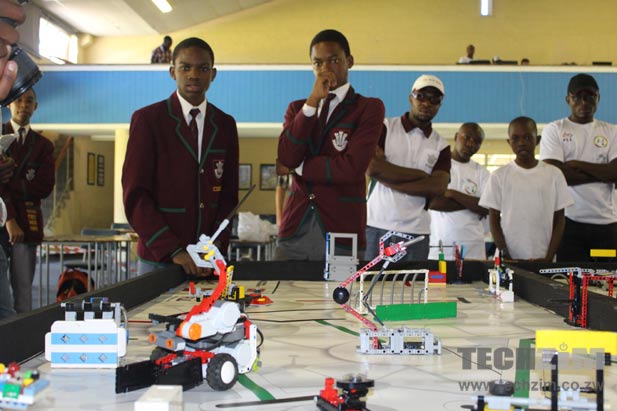 A couple of months ago we attended a schools robotics festival that was held at Hypercube Hub and organised by the guys from TEST. This wasn’t the last activity for TEST in 2014 as the team has gone on to organise a FIRST LEGO League Zimbabwe Challenge for children. This is the same tournament they held last year.

This event is happening right now at Gateway High School and we managed to attend the competition which is set to last the whole day.

There are 10 teams participating in the FIRST LEGO League with the teams coming from schools in Harare like Prince Edward, St George’s College and Gateway Primary School.

Each team had to pay a $250 participation fee and according to some of the participants, they  were encouraged to take part in fundraising initiatives themselves to raise this capital rather than just ask from their schools. This brings in an entrepreneurship angle to the science that they engage in. 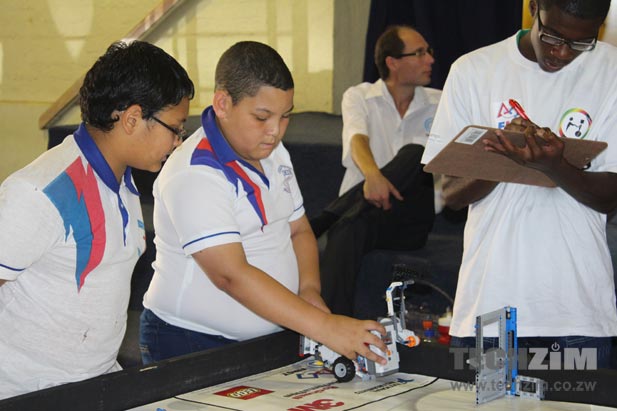 Participation is all about showcasing the skills the children have picked up in robotics through the completion of a timed task. In this case it involves moving a programmed robot called an NXT around a structured table (called a game mat) and getting it to perform certain tasks in the process like moving around certain objects.

According to Kenyon Stamps, the team lead at TEST, this event was open to any willing school but in the future they are keen on extending this to other provinces. They managed to make this event a reality thanks to support from Frampol, FLL South Africa and Gateway High School. The winner of the tournament will be announced later today.