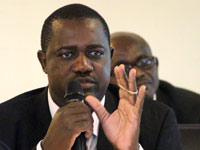 Zimbabwe’s telecoms regulator, POTRAZ, has said that in 2015 it expects to develop a National Broadband Plan with the help of operators and other broadband ecosystem ‘stakeholders’.

Responding to our questions, the acting director general, Baxton Sirewu, said today that the national broadband emphasises “the vital role of broadband in underpinning national competitiveness”, and that the main aim is to extend the national footprint of broadband networks as well as drive increased usage of broadband-enabled services and applications.

According to Sirewu, one of the issues that has helped the regulator to finally see the need for a plan (beyond that every progressive nation is doing it that is) is the realisation that broadband is a catalyst for economic growth and that it “facilitates the provision of services in all sectors of the economy such as e-learning, e-farming, e-agriculture, e-commerce, e-health, e-government”

It’s a fuller picture actually. So we quote something that POTRAZ themselves quoted from a 2012 ITU paper on the impact of broadband on the economy:

Broadband has become a key priority of the 21st Century, and its transformative power as an enabler for economic and social growth makes it an essential tool for empowering people, creating an environment that nurtures the technological and service innovation, and triggering positive change in business processes as well as in society as a whole.

Increased adoption and use of broadband in the next decade and beyond will be driven by the extent to which broadband-supported services and applications are not only made available to, but are also relevant and affordable for consumers.

It improves the competitiveness of an economy and promotes innovations that ride on the high speed networks.

A number of studies have acknowledged the positive impact of increased broadband penetration on economic growth. Because of the important role played by broadband, POTRAZ has decided to develop a broadband plan that guides the rollout of broadband networks throughout Zimbabwe. According to new research, countries with a clearly defined national vision for broadband roll-out are significantly out-performing those taking a more laissez-faire approach to broadband development.

On what the process is going to be the regulator says the following:

POTRAZ will come up with a draft broadband plan benchmarked against the best plans worldwide, taking into account the local developmental and socio-cultural context. The draft plan will then be circulated among all stakeholders for their comments. POTRAZ will then revise the draft plan to address issues raised by stakeholders. A consultative workshop will then be held to solicit the views of stakeholders. Out of the workshop a final draft National Broadband Plan will be produced and pasted on the POTRAZ website for comments. The POTRAZ Board will then make any necessary adjustments to the NBP before it is sent to the Government of Zimbabwe for approval.

We’re happy that the regulator is finally doing something about broadband development and that they have some lessons to learn from. The market has been able to advance significantly without a plan ofcourse but guidelines that ensure some needs are not forgotten and that the country is as efficient as possible in using the limited resources it has to provide access to more people. Would also be great for the plan to deliberately address how content and entrepreneurship based on access will be stimulated and sustained.