Another eCommerce startup launches. Will Pazimba be the ones to crack it? 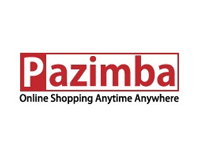 Zimbabwe is yet to have a breakout eCommerce success. Though a number of startups have made an attempt at it, so far the market is still wide open for one (or a few players) to be the defaults. Pazimba.com, who launched back in October last year, are hoping they’ll be that startup. The B2C marketplace was founded by Taurai Chinyamakobvu and Mansour Ali Nassor. Chinyamakobvu is based here in Harare at their Eastlea offices and Mansour, the engineer on the team, in Japan.

Pazimba’s model is one the common B2C one: merchants come to list their products, consumers come to browse through those products, select to buy, pay via mobile money or regular cards and Pazimba, through a deal with the local postal services company, makes the delivery. In future, Chinyamakobvu told us, they plan to warehouse products themselves but right now that model would be too expensive for a young company. “I think the key for any start-up in Zimbabwe is to have no overheards at all if possible. But we know its not possible, so we have to be as lean as possible. This is because for a long time, start-ups in Zim will not be profitable – technically,” he said.

Relying on merchants means ofcourse that Pazimba can’t influence the prices, and I have a feeling that unless they are doing exceedingly well on other fronts, the price pain will shackle them like it has other local eCommerce ventures. There’s just not enough incentive to buy online if the price is not significantly less to attract people to “try out buying online”. I feel a startup has to front a lot of money to afford absorb the zero margin or even subsidize online. But who can afford that right now?

There’s one unique and interesting aspect to Pazimba’s model though: even though they’re based here, Pazimba is mainly targeting the Diaspora market to do the buying for local folks. Diaspora, in Zimbabwe, means Zimbabweans based in one of 6 major locations: the UK, South Africa, Botswana, Canada, the US and Australia. The main pain point the Disapora has, Chinyamakobvu says, is that when they send cash home, the recipients abuse it and whatever need was supposed to be met is not. Having never been in the Disapora I don’t totally get this, but apparently it’s common.

On the local front, competition for Pazimba includes Zimall, Zimazon, 10ngah, Storefront, Kumusika and ofcourse the social network (and email) based Zimboshopper. The biggest competitor though – and they’ll probably find out, even for the same target market – is classifieds.co.zw. Even though the the company hasn’t yet switched on payments on it’s platform, it has the most marketplace traffic in Zimbabwe by any measure and the diaspora has been a key source of traffic for some categories.

Whether Pazimba’s diaspora focus will pay off is anyone’s guess right now. The founders say they believe if they can be consistent and earn their user’s trust with time, the will  “gradual effort will lead to gradual acceptance.”  He acknowledges it will not be easy; “In this market, e-commerce is not an easy takeoff, so focusing on the long term is more important than quick gains in my view. Winners will be those that go the longest on the same dollar of resources. Its a marathon and not a sprint.”

Funding-wise, Chinyamakobvu says him and Mansour are using their own money for now.