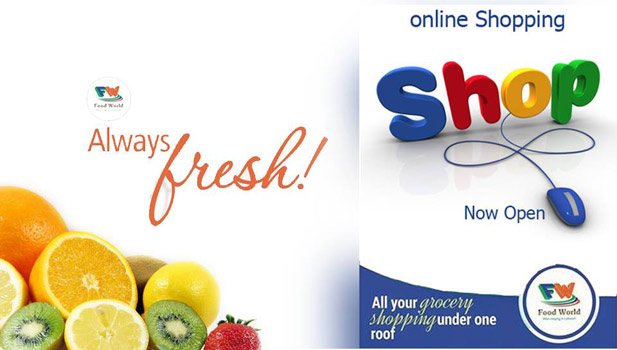 The Zimbabwean  online retailing story is still far from mature and engaging, that’s hardly a secret. That’s not taking anything away from the providers that have established revenue streams online. It’s just puzzling that it is still failing to get accepted so readily.

The reasons are anybody’s guess. It’s easy though to chalk it up to Zimbabweans consumer cultural concerns, fear of the digital unknown, specific internet usage patterns (I’d point my fingers at Net Neutrality violations here) or just not having the sort of model and approach sexy enough to engage the average Zimbabwean consumer.

At some point I actually thought that logistics was the only missing piece of the puzzle but like startups like Kenya’ s Jumia have demonstrated, this is just another challenge that any serious player should be ready to solve.

As it stands it’s an open debate why this is still the case in a foreign currency economy (sans the bond coin “threat”) that has a healthy bit of the population ordering $469 million worth of cars online and committing large amounts of their cash to cellphone accounts.

My guess is that our other drawback locally is that there is still the reluctance of well known “offline” brands to jump onto the online shopping wagon. This sort of thing happening would help the public buy into the legitimacy of such services and this could turn into a Zimbabwean online retailing success.

Now it looks like this could happen. Local retailer and Fast Moving Consumer Goods (FMCG) concern Food World set up it’s own online store which has been in operation since November last year.

This is the first online store to be operated by one of the more prominent brands in retailing as Food World does occupy household name status in the local retailing space.

The privately owned chain which has 6 supermarkets, one wholesale branch and staff complement of 1000 people, has been one of the visible survivors in a contracting retailing space and economy and it managed to keep its stores open while others were calling it a day.

Could it’s presence in online retailing sway people to appreciate it as something that can be adopted? The truth is that depends on how the service is presented in the first place.

Impressions of the “new store” 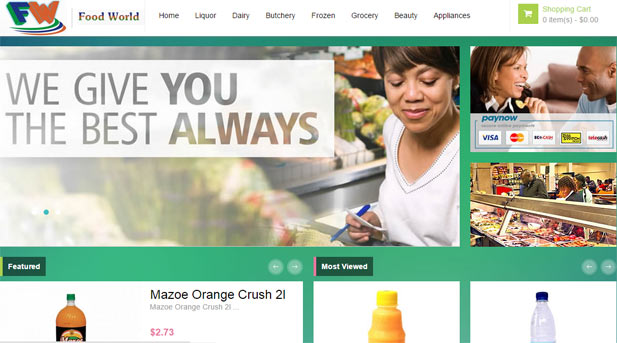 The Food World Online Store (you can check it out on www.foodworld.co.zw) is a fairly comprehensive representation of an online retail site. The guys at Web Entangled who designed this site took time to address the more important aspects like user friendliness and clear display of goods on offer.

Navigation is quite simple and the payment aspect, which can be the make or break point for entry level e-commerce, was handled through an integration with local gateway Paynow. This ropes in widely used options like Ecocash, Telecash as well as plastic money.

Prices for goods are the same as those you’d get in any of the Food World supermarkets. Essentially it means there isn’t any e-discount that would otherwise make use of the store attractive or make up for the $10 delivery charge.

This delivery service is only extended to places within a 25km radius from the Harare Main Post Office so that means areas like Chitungwiza and Norton don’t get to benefit from the facility. I found that bit rather odd though considering that residents furthest from the place of sale would be the ones more inclined to consider online orders. There is no indication of deliveries made to far flung destinations but I’m sure it would be open to negotiation.

Goods are said to be delivered within 48 hours which I hope implies in the early part of that time range especially since these products are largely consumables.

As a first attempt at online retailing there really isn’t much to either fault or applaud the Food World site. While a lot would have been expected from the retail chain as a stable entity that can experiment with several strategies, it’s worth remembering that this is a first shot from any of the retail chains.

In spite of all of this Food World is entering a market that has seen a lot of different online services pop up to address particular niches. Names like the Facebook based Zimboshopper, Storefront.co.zw, Zimall, MyZimStore 10ngah, Khaya Shopping and newbie Pazimba easily come to mind here.

Though each of this online retailers might be smaller competitors to Food World, the retail chain might want to borrow a page or two from these guys’ books because of the market validation they have managed to conduct all these years. They know, better than most including Food World, what the local market would warm to or turn down outright.

In the online scheme of things it appears that Food World is dropping the ball in the marketing and promotion of their seventh store. I only got to know about this through a store banner this week yet, this shop has been operating since November 2014.

What should be an aggressive online strategy to drive customers to the store through social media platforms like Facebook, which are Zimbabwe’s internet mainstay, is only represented by two posts on the Food World page.

The offline strategy appears to be feeble as well. I can’t recall being well informed on the existence of this online store in the print and electronic media, something that contrasts with strategies adopted by chains like Pick N Pay South Africa.

No doubt other retailers will be keeping an eye on how the Food World Online Store operates. I wouldn’t be surprised to see some changes on the model adopted by the retail chain though.

This appears to be a bold attempt at figuring out the likelihood of success for a totally new type of store front so I did get the impression that this was a ready-fire approach.

Have you bought anything from Food World Online? What are your thoughts on this new store?

20 thoughts on “Food World now has an online store. Will it push down the walls & ignite e-tailing?”