“Free” SMS from biNu returns. Will Econet Zero-rating restore it to former glory? 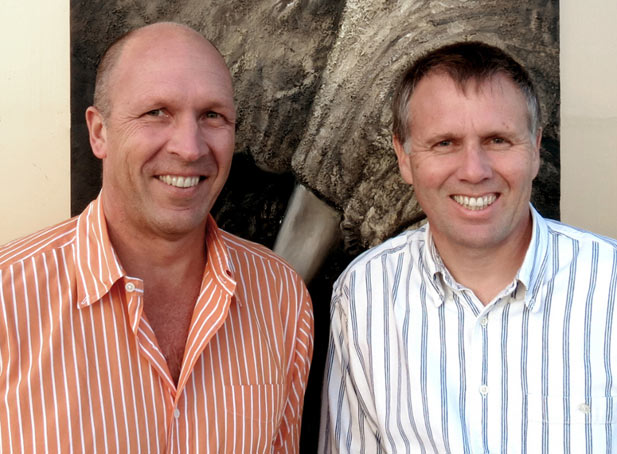 Remember the BiNu app? They were a free SMS app. The app could run on any feature phone, so essentially, biNu became a very popular “messaging” app. Because SMS was still very much in use, a free alternative achieving the same was very welcome. The app’s active users shot from just 0 to 60,000 in just 5 months. Yes, such a growth rate was a big deal at that time.

So anyway, biNu wasn’t just about SMS. SMS is what people loved about it but their core was enabling simple phones to enjoy what they termed then a “smartphone in the cloud”. Somewhat like opera mini does, the biNu engine processed websites in the cloud and would send the content to feature phones in significantly smaller size packets of data, thereby saving the user data as well as making it easier for these simple phones to consume content their hardware limitations prevented them from.

The problem was that the free SMS component was what users loved. The rest of the capabilities were just nice to have. So when, eventually, biNu started reducing the number of free SMSs users to could send in a day  (no startup can deliver free forever) the user growth reduced as well. The content wasn’t big enough a pull.

Eventually, cheaper smartphones started to emerge as well and this just further reduced the need for the smartphone in the cloud. At the same time, apps like WhatsApp started getting massively popular which meant the few free SMS biNu would give a day were almost worthless.

To remain relevant beyond free SMS, biNu raised some money, introduced an Android app and shortly afterwards some social networking features. The social didn’t didn’t quite stick, and in hindsight I guess it was because it didn’t bring something significantly different from what the dominant social networks offer.

They also introduced a research component, where, if I remember well, answering surveys initiated by brands, would earn the users some credit (for free SMS!). Commercially, this seems to have been what they stuck to. This and I think selling biNu on a Platform as a Service model to the likes of WorldReader and Econet Wireless for the EcoSchool project. 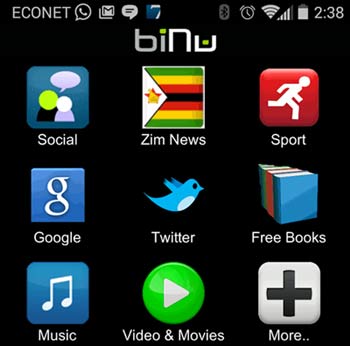 I’m providing all this background because recently we were contacted by biNu to be told the app has been zero rated by Econet. This means anyone with enough battery can browse away all they want. As free as Twitter is right now. Effectively another app has been added to Zimbabwe’s internets – Facebook, WhatsApp, Opera and the zero rated ones: Twitter, EconetZero and now biNu.

As we have said before, free rated and bundled apps are great. But they also are bad. The model is headed down a road that will likely see many in this tech ecosystem cry, when they realise Econet can choose who consumes what content on the internet. We hope it’s not too late, and that the regulator at least realises what’s going on.