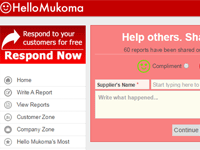 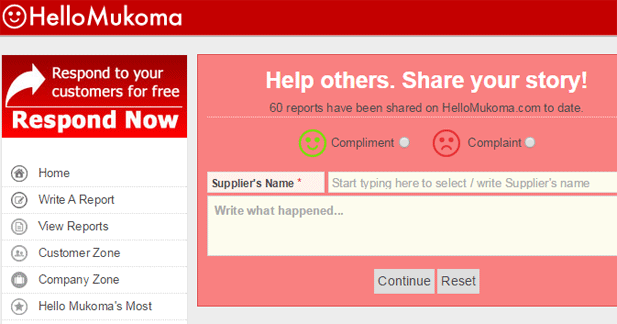 Say a company sells you – on paper that is – a very fast internet package. But when you connect, all you get is internet so slow you can swear it’s worse than dial-up. In Zimbabwe you could do one of two things: you could call them and ask to have this problem resolved and then go through a painful process of proving you’re not crazy – “the internet really is too slow”, or you could just suck it up like we are all used to now, because you realise options are not many, and that they’re all like that anyway!

But if you’ve ever had the chance to be in South Africa and used Hellopeter, you know you could have a third option. Hellopeter allows you to report bad service (good as well) publicly on a website and most times you will get reasonable audience for your case. And if you don’t, at least the satisfaction to know you have contributed to helping other people know in advance of buying.

One such frustrated Zimbo decided the pain was too much and took it upon himself to just build a Hellopeter. It’s called almost that actually. Hellomukoma.com, founded by Tinotendaishe Nyanga, was inspired by the culture of bad service and noticing how ‘well’ Hellopeter worked. The site has about 60 reports already and, surprisingly, some 12,300 companies registered in Zimbabwe. We couldn’t go through all the data ofcourse but the few reports we saw seemed organic.

I know I was super excited to get the email announcing Hellomukoma’s launch. I just hope it actually works out for the startup because we do badly need this. Critical for them will be to sign up the companies or at least to get them responding to the reports. If they don’t then the “treat” (getting your problem fixed) for consumers reporting will reduce to just warning future customers of the companies reported on.

Nyanga says they are aware of the risk of vandals turning the site into a platform to badmouth competition or “fix” brands they hate. “The aim of this site is simple: to increase service levels of our suppliers,” says Nyanga, “any reports that contain hurtful statements will be deleted immediately. It’s not a platform for vicious slander.”  Hellopeter ensures every customers leaves a genuine email and phone number when they register.

On the revenue model, Nyanga says HelloMukoma right now strive to be sustainable via ads and they will not consider the idea of charging companies a premium for any type of communication about reports the site.

Hellomukoma are not the first to have a go at fixing the customer service problem. Consumerizim, right now are the most visible of startups that have had a go at it.

6 thoughts on “Frustrated by bad customer service? Make a report on Hellomukoma”