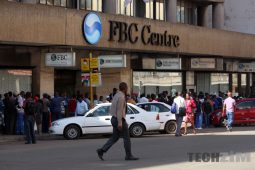 It’s just days into the year and it certainly looks like the financial services sector is going to go through a very rough spell in 2015. Yesterday Allied Bank, a Zimbabwean commercial bank closed shop while another institution which is still on the mend, Steward Bank, waved goodbye to its CEO.

This isn’t even half of it though. Everyone knows that local banks don’t have it as good as they used to, and this is attributable to a lot of factors that are beyond bankers’ immediate control.

The local economy is wheezing, liquidity is low, defaulting on loans is rampant, locals don’t believe in the sector or its institutions and there has been the rising tide of technology that has disrupted business for these guys. That’s a lot to navigate around.

Allied Bank is just one of 6 banks that were cited by the regulator, RBZ, for failing to meet the minimum capital requirements. Even when you look at some of the institutions on this line up like Tetrad and AfrAsia Bank these are some of the banks that actually tried to “innovate” by riding on new age technology (remember Tetrad’s eMali and the Kingdom CellCard?)

The long and short of it is that whatever challenges are being faced the blame can’t be heaped squarely on mismanagement or a total failure to adapt. The questions that then follow this are obvious really.

What does this mean for everyone with deposits? Is the financial sector as vulnerable as it was before dollarisation? Are we as exposed to financial institution collapse and losses that we went through during the days of Barbican and CFX Bank?

I wouldn’t go so far as to panic though, but it’s understandable if you end up feeling uncomfortable with everything happening and it’s perfectly rational to even go so far as to make arrangements.

In 2015 I believe we have more options. There is always the mobile money wallet that has introduced the multitudes of the unbanked to bank accounts of sorts. I would definitely feel safer leaving my money in any mobile operator’s wallet.

Besides the countless services that are being seamlessly integrated into the mobile money services or the ease of use and access there’s the undeniable fact that mobile network operators are yet to face any form of curatorship.

Maybe all this is all the more reason that the banks need to form partnerships with the telecoms operators. It evidently makes technology adoption and the experiment with certain consumer products easier. Looking at things like mobile money agent banking it’s definitely part of the secret sauce for Steward Bank‘s turnaround.

There’s also the Bitcoin option. Does it sound too far fetched for Zimbabwe? Actually no. The crypto-currency looked interesting just a year ago but from a Zimbabwean perspective it’s just gotten more appealing in the past couple of months. First we had the bond coins and now banks are coughing.

At the risk of sounding like a Bitcoin or crypto-currency evangelist all I can say is that anyone in Zimbabwe who’s lived through hyperinflation, trillion dollar notes and bank queues would gladly take Bitcoin any day as an option. Granted there’s some hype to it all but there are enough entities with clout that have taken a risk with it.

To put it in another way; it is much safer and (depending on how skeptical of technology you are) smarter to use a digital currency like Bitcoin that won’t expose you to the risks of queuing for withdrawal limits of $50 a day ore engaging in barter trade in our modern society.

The truth is if banks don’t instill confidence in people there will always be some options for holding monetary value or moving funds, whether its Bitcoin or Telecash.