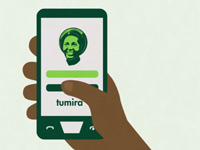 You might have heard that a new South Africa to Zimbabwe remittance service called Mama Money is coming in the next couple of weeks. The key problem that Mama Money identified is that it’s still very expensive for migrants in the country to remit back home so they are bringing a new and somewhat anti-capitalist thinking to it. Their social business venture is designed for “profit-minimising” they say, so they charge 5% and “no hidden costs”.

The World Bank estimates the average cost of remitting money to Zimbabwe from South African at 16.55%.

The startup, which is based out of Cape Town, was co-founded by Mathieu Coquillon and Raphael Grojnowski who have used their own funds to set the venture up.  This week, the startup did what they call an “onboarding” launch in Cape Town, that to say they announced there to start the process of signing up more agents and customers. They are only available in Cape Town for now and total number of agents is 20 and for the Zimbo Capetonians among you readers, here’s the list on the Mama Money website. They say they’ll be launching in Joburg and other cities in the coming months.

On the Zim side, Mama money hasn’t launched yet, which means their customers can’t start transacting yet. They are waiting for RBZ approval they say. The startup has however partnered Old Mutual’s CABS bank and will be delivering remittances straight to the financial institution’s 300k + Textacash mobile wallets.

Mama Money faces competition from Mukuru, which itself has always positioned itself as a remittance service for low income migrants. Mukuru has a similar CABS deal in fact, something Mama probably saw and liked. Mukuru however charges a 10% fee for transfers whether that’s into a Textacash wallet or any payout point. They also face competition from Western Union which, though considered the most expensive and cumbersome on the sender side, can now deliver remittances direct to the 3.7 million plus EcoCash mobile wallets and 15,000 plus agents in Zimbabwe now.