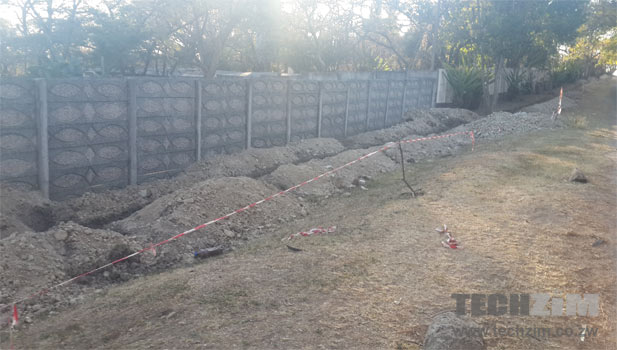 Let’s take a second to look at what the Zimbabwean broadband internet landscape was like around 2009 and 2010. We didn’t have as many options as we have now for internet access, largely because of the limited infrastructure developments.

Home internet packages hadn’t been snapped up by a large part of the population that was still recovering from a harrowing effects of a casino economy and we were only starting to get a taste of the multi-currency system that would make services like the internet and the devices for it a reality.

Even the appetite for internet services wasn’t as high (Facebook, WhatsApp and Opera Mini weren’t dominate forces) and a debate on ADSL, Wimax and fibre connections would have been less engaging.

Turn the page to 2015 and the broadband landscape in Zimbabwe has changed considerably.  Thanks to the mobile networks’ broadband connectivity (where the majority accesses the internet) and also the increase in the uptake of home internet services that are slowly  becoming cheaper.

In the past year a lot of advances were made in the areas of infrastructure. Chief of these developments was the rollout of fibre in Zimbabwe. It’s always been around through different ISPs , but having it literally show up on people’s driveways has  brought the reality of fibre in ZImbabwe home.

Most of this work on Fibre to the Home has been focused on Harare alone, with operators pledging to extend this infrastructure and service rollout other parts of the country.

Liquid is in the lead, but there are others

A lot of the infrastructure was driven by cross continent player Liquid Telecoms, which has continued to extend its presence in East and Southern Africa, together with an aggressive fibre to the home (FTTH) drive on the local front.

This network provided the centre-piece for the new packages from ZOL, the Internet Service Provider that is now part of the Liquid Group. In Harare, the most visible work around fibre rollout in residential areas carried the Liquid badge, and this came with an introduction of the ZOL Fibroniks package last year.

It hasn’t been just Liquid alone though. Operators like Telco have also been laying their own fibre network in Harare’s residential areas.

There are also active fibre links from IAPs such as Dandemutande, Powertel and TelOne that extend through cities and towns like Mutare, Plumtree, Bulawayo, Beitbridge, Masvingo and Kwekwe all which contribute to broadband delivery.

We have ISPs like Yo Africa also offering competitively priced Fibre home packages like a $155 (5Mbps) unlimited offering, (subject to the fibre link being close to your house) and competition from other fibre to the home providers like iWay Africa, Aquiva, Telco and Zarnet.

So why the excitement around Fibre in Zimbabwe now?

All this talk about fibre is coming from what it can do as a means of delivering faster and more stable internet. It goes without saying that more work can be done with such a connection which ties in perfectly with changing internet consumption habits.

Certain services with huge data demands which include live streaming, gaming and Video on Demand (VOD) become accessible at the best quality available in the market. Within the reality of such services there is the opportunity for content creation and service delivery through fibre.

These are just some of the areas that we expect to blossom in the year 2015. There is also the continued Fibre to the Home drive which is now being carried out in high, medium and low density areas in Harare at least. The anticipation is a similar rollout for other cities and towns.

Even though some operators are now exploring the new video opportunities it remains to be seen whether a Zimbabwean focused VOD service totally dependent on fibre will take over the market.  What is exciting is that regarding infrastructure, the steps have been taken to make it possible though.

Is Multichoice and DStv under threat?

There is a lot to suggest that fibre is the one thing that will slow down MultiChoice as the leading distributor of video and entertainment content. This lock on digital distribution is under threat from this new distribution channel.

However the challenges around content acquisition and building relationships is what will likely slow or hinder any smaller player trying to enter this domain. Perhaps if services like Ipidi that come from well funded operators jump in first, there might be some disruption of sorts.

However Multichoice openly declared its plans to explore content distribution through existing fibre networks across Africa, a position that will extend the Naspers dominance of this area into the next generation.

3 thoughts on “An overview of fibre in Zimbabwe: What can we expect in 2015?”