Solar Power for dummies Part 2: Getting to know your devices 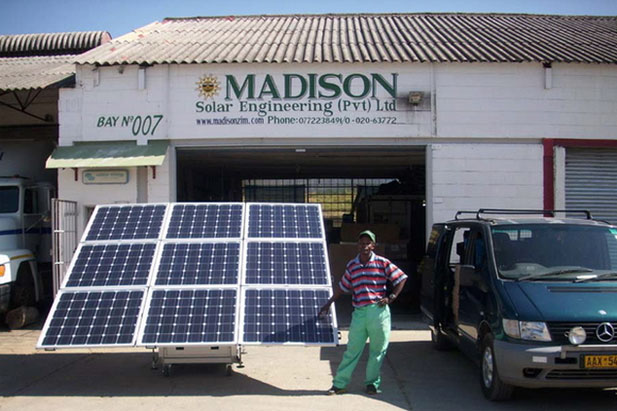 Now that we have gotten the introduction stuff out of the way its time for you to get acquainted with some of the basics of electricity in general and solar power in particular. I won’t be introducing anything scary, I promise, just the basics you snoozed through during the Physics and Integrated Science lessons.

A typical off-the-grid solar system, which is the subject of this discussion, consists of the following components: A solar panel that converts light to electricity (eeeh not heat to electricity  as some people think, the infra red[heat] is just incidental), electric cables to link the components and devices, batteries to store the electricity for use during times when there is little or no sunlight, a charge controller to regulate the charging and discharging of the batteries and an inverter to convert DC power to AC for use with most household appliances.

Getting to know your devices

Although it is possible to use energy-hogging devices such as stoves and microwaves on a Solar system it is usually not a good idea to use these. Because they draw way too much power in a short time they are more likely to damage some of the components of your system especially the batteries whose lifespan will be significantly reduced. Besides you will need to build a serious Solar rig to use these which would cost you a good portion of Cuthbert’s yearly salary. Besides, given the fact that you can utilise other sources of energy like LP Gas, the opportunity cost of using these devices is higher than would be justifiable.

Before you proceed you need to create a list of the devices that you are going to be running on Solar Power and create a Solar Budget. This budget will be useful in determining the size of your solar system in terms of watts. This is simply a list of the total amount of power in watts that are going to be used on your system on each day e.g:

I am a Dummy I need help on the budget

The good folks at Free Sun Power have created a sizing estimator that you can use to estimate how much power your devices will consume. Though it is easy to use you should bear in mind that these are estimates that may or may not correspond to the actual amount of power your devices consume. You can also use their clicking budget there; it’s just below the estimator.

Going by the above budget a 245 Watts system should, by all appearances, be adequate for your needs but nothing can be further from the truth. There will be nights when your system will not be generating any power and has to draw power from your batteries. To prevent blackouts my general rule of thumb is to double the Wattage of my system. So in this case I will install a 500 Watts system instead.

There is also the little matter of efficiency and cloud cover which affect the needed wattage. So you would do well to triple the required Wattage of your system instead, you never know when your neighbour might pop up to watch the weekend game and bring his iPad and iPhone and charge them using your system or if the game goes into extra-time and you end up using the Decoder and TV longer than usual. So going by our example you would be best advised to build a 750 Watts system.

Keep your budget at hand as it will be useful over the course of our series. In the next installment we will take an in-depth look at solar panels, their costs, solar irradiation and other such matters.