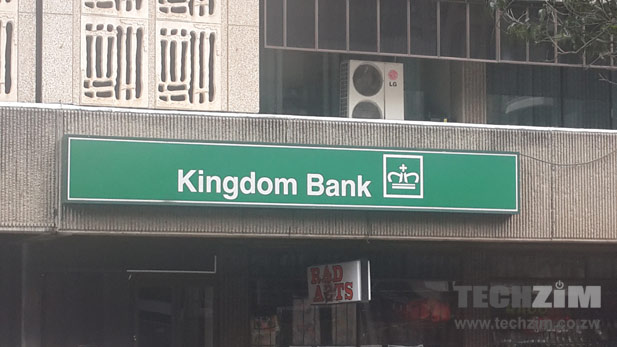 A report by the Financial Gazette just published says Afrasia Bank, formerly Kingdom Bank, was today placed under liquidation by the Reserve Bank of Zimbabwe after its shareholders surrendered their banking license. The parent company, Afrasia Bank Limited of Mauritius cannot commit any more money to the Zimbabwean operation and would rather just pull out.

We last wrote about AfrAsia bank in August last year when they the shut down their mobile money service, Cellcard. The bank was already in liquidity problems that had started a long while ago. Those problems just got worse, and today, after a series of meetings with the Reserve Bank, the bank threw in the towel.

The closure of the bank means more jobless Zimbabweans. The country is already has so high an unemployment rate, university graduates are said to be taking up menial jobs to make a living.

Kingdom Bank is not the only one to close in recent years. Another bank, Allied Bank, closed just last month. Just a little over a year ago, Trust Bank had its licence cancelled over abuse of depositor funds, and in June last year Capital Bank lost its license. We have an extremely ill economy, people.

Kingdom Bank, in its prime, was the epitome of a clean indigenisation dream. Building and not merely and not transferring wealth, and building it clean. Nigel Chanakira, it’s founder, an inspiration to many young entrepreneurial minds. But something happened on the way to heaven. Most of what we know at least started around the Spiritage/Valley Technologies situation.

Zimbabwe was Afriasia Mauritius’s only banking operation outside Mauritius with the other subsidiaries in South Africa and the UK only serving as representative offices.