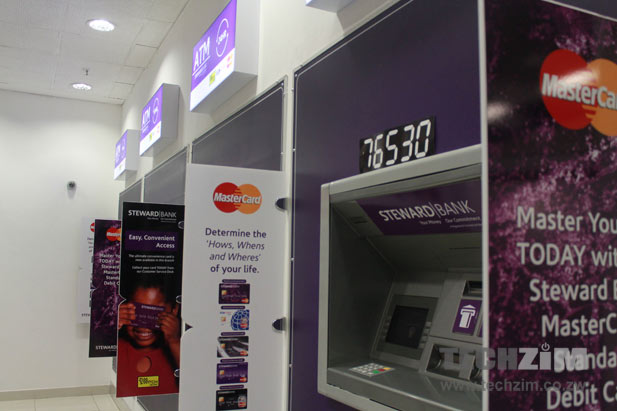 News coming out of Barcelona at the Mobile World Congress is that MasterCard, the global payments solutions provider has announced a partnership with Steward Bank, a local financial institution.

This facility has been enabled through HomeSend, an international money transfer unit that has been carrying out the same services in other markets around the world through operators like Vodafone. HomeSend was created by three entities in money transfer services; BICS, eServGlobal and MasterCard. This will be its first involvement with Zimbabwean financial services.

Under the MasterCard/ Steward agreement, Steward Bank account holders will be able to receive remittances from the diaspora straight into their account.

MasterCard will stay in the picture here through EcoCash subscribers who will be able to use the EcoCash MasterCard Debit card for ATM withdrawals and payments locally and internationally.

This adds another channel to Zimbabwe’s billion dollar money remittances industry that mobile money services like EcoCaSh and Telecash have been going for in the past 18 months. The high cost of remittances and the hassles of collecting any money sent are the two problems that players like WorldRemit, Western Union and now MasterCard are keen on solving here.

Mobile money services have proved to be an excellent channel to build remittance services and broaden the reach of any provider, something that has also resulted in an added revenue stream for mobile network operators.

The Press Release from Mastercard is available below

BARCELONA – March 3, 2015 – At Mobile World Congress today, MasterCard announced a partnership with Steward Bank, Zimbabwe’s most innovative bank, which will make remittance services available to the bank’s more than 1.5 million account holders. For the first time, the bank’s customers will be able to receive funds sent by family and friends abroad directly into their Steward Bank accounts.

This is through international money transfer hub HomeSend, a joint venture between MasterCard, eServGlobal and BICS. Steward Bank is the first Zimbabwean bank to join the global HomeSend network.

In the next phase, Steward Bank’s sister company EcoCash will soon connect to HomeSend, enabling more than four million EcoCash mobile money customers to receive remittances into their mobile money wallets, after which they can pay bills, pay merchants, send money and cash out.

Those who hold a MasterCard Debit Companion card linked to their EcoCash wallets will also be able to withdraw money from MasterCard-licensed ATMs and pay for goods and services at millions of merchants that accept MasterCard payment cards, both in Zimbabwe and internationally.

“Remittances are an important source of foreign currency into Zimbabwe, amounting to US$1.8 billion in 2013 received via transfer agencies and formal channels,” said Dr. Lance Mambondiani, Acting CEO, Steward Bank. “Thousands of under-banked Zimbabwean families are dependent on funds sent by relatives working in other countries. Now, through the partnership with MasterCard and HomeSend, these citizens have access to affordable, convenient money transfer services.”

The International Organisation for Migration estimates that as many as four million Zimbabweans live abroad. Given estimates that Zimbabwe’s Gross Domestic Product (GDP) was about US$13.5 billion in 2013, remittances received from these individuals through formal channels alone contributed about 13 percent to the country’s GDP.

“Zimbabweans in the Diaspora are increasingly playing an important role in the development of the country through remittances. However, the cost of transferring money to the country was high until now, and a large proportion of remittances were sent informally in cash,” said Charlton Goredema, Vice President and Area Business Head, Southern Africa and Emerging Markets, MasterCard. “Funds sent and received via informal channels are vulnerable to theft, loss and shrinkage due to charges levied for transporting cash between countries.”

“By digitizing and formalising remittance payments, we are further contributing to the growth and development of Zimbabwe’s economy,” he says.