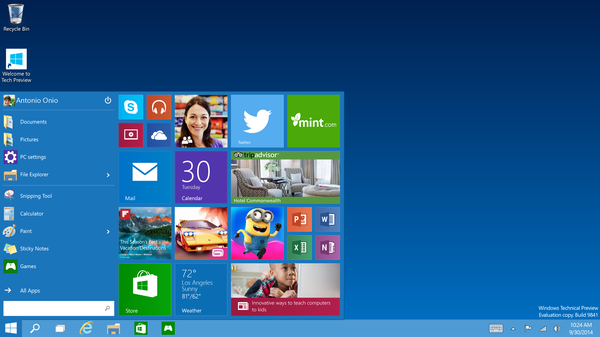 On Tuesday, 23 April 1985 the Coca-Cola company made a shocking announcement. They were going to introduce “New Coke” on the company’s centenary anniversary. The new drink would not only taste better being sweeter than the century old formula, it was healthier, pandered to the whims of vegetarians, was kosher and halal.

This was everything the old formula was not and everything pointed to the new drink being an overwhelming success. Except it wasn’t. In fact, the new product launch was a disaster.

So what was their mistake? It was not the market research. They had done an extensive one earlier on before as part of their bid to introduce a new Coke which was part of their secret project named “Project Kansas.” They had used samples, surveys, and focus groups and the result was an overwhelming preference for the new drink.

However, they also discovered that about 10-12% of the people whom they surveyed were very angry at the very thought of New Coke. The small group exerted significant peer pressure on the rest so much that when the New Coke was later officially launched this group influenced the rest of the Coke market. This led to the eventual failure of the product line, which despite all efforts was later withdrawn even with all its “goodness.”

Parallels of the New Coke can be drawn with Microsoft’s efforts with Windows 8 and Ubuntu’s Unity desktop. Contrary to what has been said by some so-called technology blogs, both initiatives were not pulled out of the thin air and forced on unwitting users. They were both outcomes of research.

Unity was a desktop that had previously shipped as part of the Ubuntu Netbook Remix flavor of the Ubuntu operating system for a while before it supplanted GNOME to become Canonical’s default user interface on the Ubuntu Desktop in Ubuntu 11.10. It is important to note that Unity was, just like New Coke, a result of “secret research” in computer user habits and an attempt to better serve the user based on these habits.

The result was a backlash from a small portion of very vocal users who were mostly made up of a minor group of so-called power users who felt alienated and wanted things like the ability to move the Unity launcher from the right to the left and lamented the fact that the Unity Desktop was less customizable.

This small group of people kicked up such as fuss, with posts like “Linux Torvalds uses XFCE” and “Distrowatch shows Linux Mint is the most used Linux Distro” and other words to that effect that seemed to imply that the whole Ubuntu world was in an uproar and did not like the changes.

This was in spite of multiple surveys clearly showed that Unity was and still is the most used Linux Desktop environment. There are still a lot of Unity bashing posts out of there by people who have never even used Unity.

Not long after Ubuntu introduced Unity as the default Desktop early in 2011, a change whose implementation  was delayed until 11.10, Microsoft made a phased release of various versions of its Windows 8 operating system. Its reception was way better than what Vista had received but still it was a less than ideal reception.

The operating system was nothing but polarizing while a group of users warmly embraced the radical changes a significant number of users were nonplussed by the whole thing. Even though, Microsoft claimed that this was a result of research on user habits and experiences and an attempt to solve them, a lot of people were not convinced. Not even after a hasty “patch” came in the form of Windows 8.1.

What did they all do wrong?

Although in the case of Unity and Windows 8 there were a number of bugs at first, I strangely feel there were more bugs in the former than in Windows 8. At the beginning based on my experience, the operating systems had evolved in a bid to solve perceived customer problems. These problems had all been identified using some form of limited scope research and usually in secret research projects.

In my opinion the problem was not in the inventions themselves but rather in how they were adopted and used. Professor Elton Mayo a business theorist once conducted a series of human experiments (this sounds more awful than it really is) at Hawthorne Works at Illinois and came up with what has been known ever since in business circles as the Hawthorne effect.

To paraphrase it: it does not matter how good a change is, as long as those people who are affected by the change do not feel that there were properly consulted in effecting the change they will in all likelihood reject it. The converse is also true: people will accept any change no matter how bad as long as they feel they were part of that decision.

In all the cases above, those who felt aggrieved by the changes were nit-picking because they felt they were not part of the decision to effect a change that all affected them. People woke up one day and were told they had to make do with New Coke, their Desktop world had been upended and now they had to use Unity or the Start Screen or take the hit the highway.

A small minority aided by competitors and rivals like Pepsi for Coke; GNOME,KDE and Linux Mint for Unity and Ubuntu and a host of various companies for Windows seized on this opportunity to create the perfect storms as they jostled to grab market share.

All three companies reacted differently to these whirlwinds. Coca cola hurriedly reintroduced the old Coke and renamed the New Coke, Coke II which they pretty much ignored until they finally put it out of its misery in 2009, decades after its introduction.

Mark Shuttleworth on the other hand obstinately hung on to his dream in the face of adversity and fierce criticism and eventually succeeded in winning hearts in Ubuntu 12.04 LTS when most people finally embraced his dream as the Unity project became more mature.

The folks at Microsoft have been feeling a lot harried for a while now so much they have flirted with different solutions like Windows 8.1 which was not all that popular in solving some of the people’s demands before finally coming up with Windows 10.

From all the reviews I have perused, it is as much a revolution as it is about stymieing some of the objections raised in Windows 8 from resurfacing. It aims to do what Windows 7 did to Vista. They have also been more vocal about the impending features and promoted the pre-release versions.

While it is true that a lot of lessons can be drawn from the Coca Cola, Unity and Windows 8 stories such as not to hastily introduce products to the market before ironing out the kinks, the major lesson for me is that it is always important to involve the customer when developing New Products no matter how big you are or risk pissing them off.

Your competitors, the sharks that they are, will grab the opportunity to bury you as well. Don’t just send a curtly worded email or SMS informing them of a change that will shortly be implemented. Give them ample time to absorb the intended change and its implications.

The first rule of change; Don’t just flip the switch and hope for the best. It will buy you a lot of goodwill to warn and consult people in the first place. People we are about to flip the switch because…. (insert bulls**t reason here). You will be surprised how many of your customers will welcome the change even if it is an adverse one because they feel involved.

I mean we all cannot be like Linus Torvalds with his father knows best attitude, he insults everyone even his friends, wears sandals and a T-shirt to work, does whatever else the heck he wants and not just gets away with it but everyone loves him for it.

25 thoughts on “The big lesson from Ubuntu, Windows and Coca Cola”