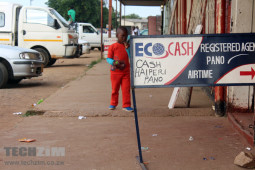 We got in touch with Econet to establish their position on the new WhatsApp calls and the company’s response is that they’re not worried at all. That VoIP apps would come and move the cheese is something they saw long back he says and that they are already well on their way to a reengineered core not reliant on voice revenue.

“Econet does not see such new technology as a threat” Econet Zimbabwe Corporate Communications Manager, Rangarirai Mberi told us today in an email.

He explained: “We in fact see it as an opportunity to offer new possibilities for our customers. As we have said before, there was already a trend away from traditional income streams such as voice, which Econet had long anticipated. We then took a strategic decision to invest in new income streams, such as data services and many other overlay services. This strategy is already bearing fruit.”

In the past couple of years Econet Zimbabwe has successfully introduced services like EcoCash (and a slew products atop it) Broadband bundles, Education products and Insurance amoung other products. How much fruit this has bore to date is ofcourse difficult to measure right now, and will only be clear when the company announces its annual results due weeks from now.

The strategy, Econet has said a number of times, is to encourage and be part of as opposed to trying to frustrate new technology changes that disrupt their traditional revenue streams.

But even as that is the official position, Econet has long been accused of throttling WhatsApp traffic, especially that using from their app bundling service. Mberi however told us today that they are not throttling or blocking any WhatsApp traffic at all. Another representative from the company, who called us on WhatsApp using their mobile data to prove everything is working fine – we wrote earlier that we have been unable so far – told us they were calling each other fine over 3G and that our problems achieving the same was probably just a poor signal issue in our area.

With WhatsApp not working so well currently on mobile data, its hard to see just how much Econet is prepared to take up this opportunity they see, if it is indeed that. What is certain though is that more people will find it more natural now to try VoIP calls over WiFi whenever they find a connection. Whether the other end is able to receive the call is something else.

Other big operators globally have not been as receptive to WhatsApp Calls and other apps like it – Viber, Skype, FB Messenger etc… In India for example, Hindustan Times reported that Airtel proposed to start charging subscribers extra money per 10 KB data when they use VoIP applications.

17 thoughts on “Econet says it’s not worried about WhatsApp Calling. Here’s why”