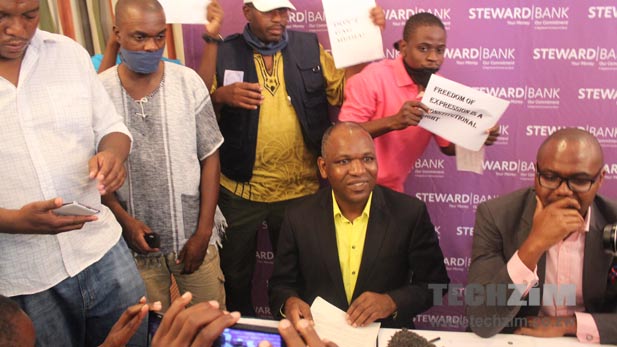 We’ve just come from a heated press conference, well an almost-press conference held by Steward Bank regarding the raid on media publication, The Source.

Tawanda Nyambirai, founder and former CEO of TN Bank which is now Steward Bank, was introduced as the legal head of the bank and spoke on behalf of the financial institution and was mobbed by the members of the local press.

Nyambirai refused to apologize for the raid on the offices of the Source citing a violation of the privacy of client’s information. He argued that The Source refused to respect that privacy and stood by the actions that they as Steward Bank and Econet took.

This is a developing story. We will keep you updated.