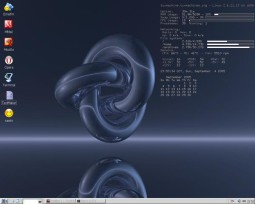 Almost ten years ago, I used a computer for the first time. I mean I had heard a lot and seen computers in action in movies but I had never touched, let alone, used one before then. I will never forget that late summer morning when I switched on a computer for the first time. A deep hunger was ignited within me and ever since that day I have had an insatiable hunger to learn more about ICT gadgets.

A year later when I was introduced to computers one of the first things I Googled, inspired by Angelina Jolie’s Hackers movie, was how to be a hacker.

I was presented with a host of tutorials, but they all had two things in common. One was that any hacker worth his/her name should learn how to use a *nix operating system. So I Googled about *nix operating systems which led me to GNU/Linux which in turn led me to Ubuntu with their free Ship IT program that allowed me to get my first Ubuntu CDs ( Feisty Fawn CDs) and the rest, as they say, is history.

The second thing that makes a hacker who they are is curiosity. As a matter of fact, the word geek is a synonym of the word curiosity. A hacker should be inquisitive and they should never rest and stop learning. They should always keep abreast of the developments in the ICT world.

This explains why there are so many functions and events in the Technology world and tech people are always hopping between them. There is hardly a month of the year when there is not some big convention, disrupt, crunchies, meet up or interesting product launch going on somewhere. If there is nothing geeks dress up and go to places like ComicCon dressed up as Thor or some other favourite DC Comic character.

One way that I use to keep myself sharp and to sate my curiousity is through the Linux From Scratch distro. Unlike most Linux distributions like Ubuntu and Linux Mint that are meant to make the user’s life easier, Linux From Scratch is not for the feeble hearted. Technically it’s not even a distribution, but a guide, a series of steps that you will follow to create your own running Linux installation from, as the name suggests, scratch.

As for those of us who use that other Operating system probably have heard, there are many Linux distributions. Some might have even heard of the so-called power Distros like Gentoo.

These distros go beyond the Linux Mint/Ubuntu/Centos/Fedora distros and are made for experts who like to tinker with every part of their system and fine tune their Operating System to fit specific requirements. The emphasis is not how easy to use the Distro is, but how much it can be tinkered with and customised.

So every year in a learning exercise of curiosity I create my own working Linux distribution using the latest upstream kernel source and other source packages and the guide provided by the good folks at Linux From Scratch. I have been doing this for four years now.

The process of creating tailor-made operating system from scratch might seem to most like an exercise in futility especially considering how the internet is full of ready made distros for every conceivable use under the sun. The rise of cloud computing means you can find all sorts of pre-made images for anything. For example, the folks at Bitnami allow you to download and deploy Web apps like WordPress in a matter of seconds.

However, I feel those people who take ICT seriously like Computing Science students in college, System administrators and hobbyists like me will find it a more than worthwhile exercise.

First it is a very important learning experience that will give you a very profound understanding of how computers work and how Linux, in particular, is put the together. You will also have a greater appreciation of security and if you are one of those FOSS zealots, create your very own compact operating system that has only the functionality that you need.

You should however know that hard as it may be to create your own distro from scratch it is nothing compared to the amount of work that you will need to have to maintain it and keep it up to date. So while it is a good learning experience, I would not encourage you to actually try to use it for your day to day tasks.

Has anyone ever tried/succeeded in building Linux from Scratch? Or am I just crazy? Seriously though, more people should be doing this.

6 thoughts on “Hands-on learning with “Linux From Scratch””