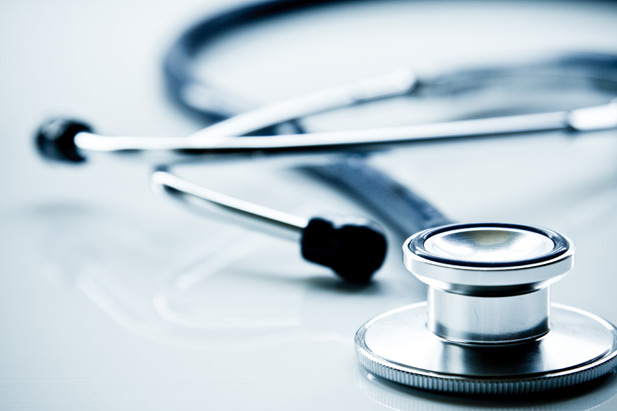 A week ago the Health Professions Authority of Zimbabwe (HPAZ) was reportedly concerned about the legal status of the Econet Dial a Doc service which the Authority felt had been launched illegally.

Now, HPAZ has taken the issue one step further by issuing a notice in the media advising the public against telephone health consultation and telephone health services that are on the market right now.

When we last mentioned HPAZ’s reservations about Dial a Doc we weren’t sure about how the Authority would act, seeing that Econet had sought and received approval from the Ministry of Health for it the other Econet Health services like the SMS-based health tips.

HPAZ hasn’t responded to our questions about this conflict between its concerns and the Ministry’s approval of something that the Authority regards as illegal, unprofessional and unethical. 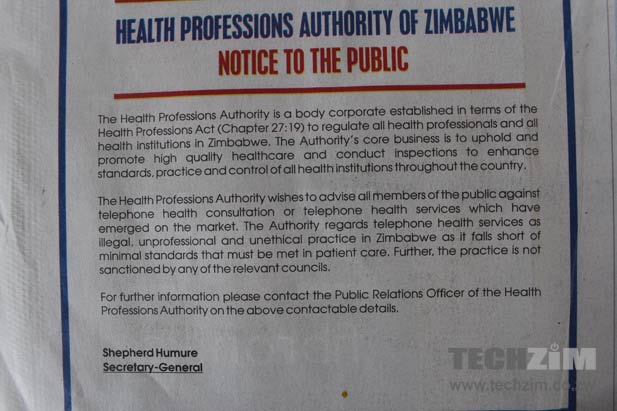 However this notice to the public seems to suggest an official denouncement of Econet Dial a Doc, but at the same time it doesn’t call for its withdrawal from the market.

So is HPAZ that concerned about the quality of medical service we get in Zimbabwe or this is just some sort of fight against a new type of consultation that could disrupt the age-old business model of physical visits to the doctor?

New is actually relative when you consider that dial a doctor services have been launched in other countries around the world and Econet is just adapting this service to the Zimbabwean market. This is actually the first sort of tech medicine that the world will be seeing, something that was even acknowledged by The Ministry of ICT in the deliberations over the new ICT Policy.

Perhaps HPAZ is waiting for an over-the-phone misdiagnosis to initiate more concrete action against Econet or any other mobile network and service provider that wants to experiment with tech to deliver health services?

Econet has refused to say anything new in response to the HPAZ public notice and has stood by what it has said earlier. We will share whatever communication is made by the Ministry of Health or HPAZ regarding this matter, but for now Dial a Doc is active so you can go ahead and dial 147 if you want a medical opinion.