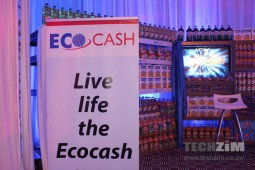 After all the promises made and all the work being put into its mobile money service, EcoCash bound to happen eventually. Econet is now giving online retailing a shot with the new service and application called EcoShopper that was launched today.

There is an Android app 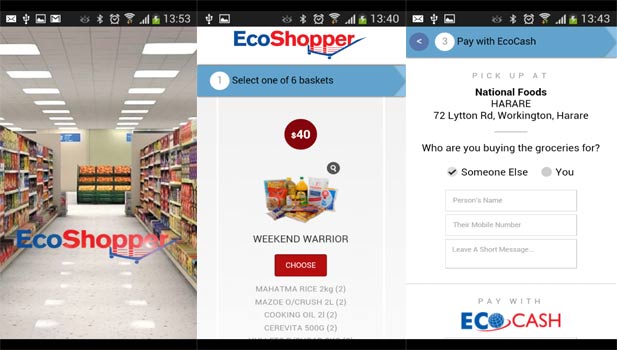 EcoShopper (which is obviously powered by EcoCash) is available through an Android application that is already available for download on the Google Play Store. It offers shopping options through six different baskets or preset options which are priced at $20 (Quick Meal), $30 (Budget Shopper), $40(Weekend Warrior), $60 (Weekly Supplies) $150 (Monthly Basics) and $299.

There is USSD access which is available on the EcoCash menu. Dial *151# and select the option for sending money. There is an option for EcoCash groceries which will ask for the recipient’s phone number.

Another alternative is to go to the website www.ecoshopper.co.zw and buy your basket there, together with a specification of the person who will pick up the groceries.

Something in there for small scale entrepreneurs?

The $299 basket called Grow Your Own is targeted at poultry production with a combination of stock feed and day old chicks. This was an easy way for Natfoods to push its product but also gives Econet a chance to facilitate the most common SME enterprise, the poultry project.

Econet isn’t a retailer or an expert in Fast Moving Consumer Goods (FMCG) which explains the relationships that are being leveraged on to make it work. The partner for this launch phase is National Foods which is why products from the producer such as rice, cooking oil, flour, peanut and popcorn are in each of the baskets.

The service doesn’t offer delivery of purchased goods, something that Econet has sidelined instead for a collection system. The executives did hint on an extension of that service but not anytime soon. In the mean time there are delivery depots in 7 provinces; Harare, Bulawayo Manicaland, Mashonaland East, Mashonaland West, Masvingo and Matebeleland.

Specific depots for each city and town in each province are available on the website.

Prices are meant to compete with retailers

The issue of cost is a big issue for any e-tailing service, which is why Econet cut out the retailer altogether. We haven’t compared the different prices from local retailers, but Econet and Natfoods have said that they have priced these groceries competitively to account for the wholesale discount.

More partnerships are on the way

According to Natalie Jabangwe, a senior executive from Econet Services, EcoShopper is exploring partnerships with other producers so as to expand the service’s product suite. This makes sense because of the limited product range.

Accessing the EcoShopper website will still cost you in terms of data, something that you might want to add to the cost of that basket. Econet has said that the move to make access to the e–commerce free is being explored.