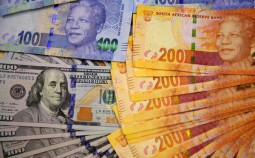 Recently during an eNCA broadcast there was quite an extensive talk about the depreciation of the Rand against the dollar. What this simply means is that you now need more Rands to buy one dollar than what you previously needed.

The purists must know that not only has the Rand depreciated against the dollar but the dollar has appreciated as well so the current Rand USD exchange rate is a combination of the two. This, the weakening of the Rand, has been the trend for quite some time.

“So why should I care” snorted my colleague, who is in the technology business of buying and selling and operates a very successful stall at the Gulf Complex.

“It’s not as if that affects me in any way.” You see he, like most geeks out there, think that the exchange rate and business news are just for us Finance folks who are obsessed by things like the Nasdaq, Dow Jones, JSE, FTSE, Nikkei, Hang Seng and the Dax. But you see technology and finance are intertwined. Let me explain it to you.

A little History Lesson lest we forget

Human memory is a fickle indeed. Not so long our lives started and ended with exchange rates. They affected pretty much every aspect of our lives.everyday people scurried to known exchange spots were they would bargain with money changers to rid themselves of what was fast becoming a worthless currency and exchange it for any other currency: US dollars, Rands, Pounds and the Pula were the most commonly sought.

Everyday people scurried to known exchange spots were they would bargain with money changers to rid themselves of what was fast becoming a worthless currency and exchange it for any other currency. US dollars, Rands, Pounds and the Pula were the most commonly sought.

People knew the exchange rate of each currency by heart and were aware of it at every instance and kept abreast of its many changes. Even people in remote villages as far as Binga were always aware of the general trends in the many exchange rates that affected their lives.

Most importantly however people seemed to be quite aware of the implications of the exchange rate and they were quite adept at taking advantages of its many fluctuations. It is a skill that most people seem to have unlearned with the advent of the so-called multi-currency regime that replaced the terminally ill Zimbabwean dollar. There are not as many “money-changers” as they were back then and most people do not seem to be  burning money as much anymore.

Which is perhaps why people seem to be unaware of the multiple advantages presented by the depreciation in the Rand against the US dollar. These are changes that affect the technology industry in some profound ways.

For all intents and purposes South Africa, and by the same logic Johannesburg, is the technology capital of most Southern African states.

While big technology companies like Microsoft, Apple, Google, Hulu, Netflix and Blackberry generally ignore us when launching and marketing their products, they are far from indifferent when it comes to South Africa. It’s where most firms have at least some form of office or official representation fro Africa.

A lot of vendors who sell computers, laptops (e.g HP), tablets and smartphones (I mean the high-end ones like the Samsung Galaxy) locally buy them from South Africa. So do those who buy and sell other technological gadgets like printers, photocopying machines, software (although more and more people are now buying their software online a lot of people still use installation media like DVDs), LCD TVs, Decoders etc.

True, there are other alternative markets like China but South Africa has been our number 1 trading partner for years and the technology sector is no exception.

“What on earth is he going on about?”

Well, the Rand (you know South Africa’s currency) has recently plummeted to a 13-year low. In fact, the Rand has been performing poorly against the dollar for the past couple of months now. What this means is that you will need a lot more Rands in order to by a dollar. Currently, the 1 USD will buy you 12.25 Rand and conversely 1 Rand will buy you about 8 US cents.

What it means to the technology industry

Because the Rand is weak against the dollar and South African goods are being sold in Rand terms I suggest you hop on the first bus to Jo-burg and hoard as many technological gadgets as you can because they have become cheaper in dollar terms.

For example a HP Envy Laptop ( you know the one with a Touchscreen, 16 GB RAM, i7 processor and can do pretty much everything including cooking you breakfast while in bed) costs about R19,000 from HP (Half of that is probably for the 8.1 thingy that comes pre-installed as usual).

The few who export technology, I cannot think of a single example which would answer this scenario, to South Africa stand to lose money because whatever good or service they are offering will be bought at a lower price in dollar terms when they convert the proceeds of their sale back to dollar terms. So this is an inauspicious moment to do this.

Sounds like the Horoscope but it is true and important

Most of you would agree that the price differences shown above are quite substantial or at least material for most people. More so for those who make a living out of buying and selling gadgets from down South. If you were to make an order of a 100 Envy laptops the price differences would be $8000 and $19 700 respectively for the scenarios shown above. All these fluctuations are brought about just by making a purchase on a different day!

You really need to know your exchange rates!

Whether you are a casual technology customer who just wants to buy the odd laptop in South Africa or any other country outside Zimbabwe, or you are a business man like my colleague who imports technology gadgets and sells them locally, you could be losing a lot of money because of your casual treatment of exchange rates. It’s high time you familiarized yourself with the concept.

One reason why most people get away with their ignorance is that those who import from China often have no need to bother themselves much with exchange rates as the rate is more or less fixed by the government.

Anywhere else the exchange its part of the equation and can even mean the difference between a loss and a profit for your business. Also as I wrote a while ago, it is always wise to use re-loadable prepaid Visa and MasterCard when going abroad instead of soliciting the services of illegal money changers. The rates offered on these cards is almost always favorable to you.

I hope you will find this useful, as usual you can leave questions, suggestions and criticisms in the comment section.

3 thoughts on “Taking advantage of the weak Rand”