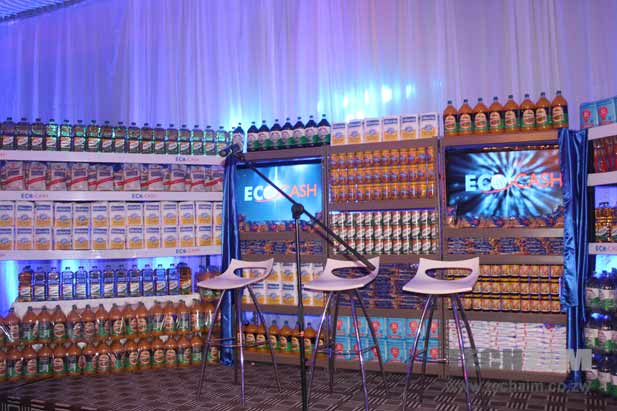 From the onset, I have to say that I don’t have a lot of faith in online retailing platforms that focus on groceries in a 2015 Zimbabwe.  But this is a business, so faith isn’t tradeable currency here and it won’t be the final word (no pun). Facts and the eventual performance of a service are what will have the final say.

When you invest $1 billion in anything the intent is pretty clear. There has to be a worthwhile return on that money. This, I guess, is what Econet is gunning for with each of the services it is jumping into every month.

The EcoShopper startup is hardly any different. Armed with a robust payment platform and arguably the most ubiquitous brand in Zimbabwean consumerism, the next step was to reach for the one area that has seemed like a no-brainer for many; e-commerce and online retailing.

I’ve always given #TeamMsasa points for showing initiative and this is no exception. In the face of a volatile telecoms environment exploring the opportunities that lie in Value Added Services is the best way to ride the tide out. It is also a wholesome story that can pacify shareholders.

For anyone watching this EcoShopper debut and wondering Why another Eco-something? it is worth remembering that EcoShopper has a lot going for it already.

There is an efficient payment platform, something that solves the payment puzzle which contributed to a lot of dead Zimbabwean e-commerce startups.

Secondly, its Econet. Despite the multitudes of skeptics of EcoShopper, the network’s brand name will offer a lot of leverage to succeed and at the very least, break even. This brand muscle has also been a cushion for a lot of other services that mobile network operators number two and three wouldn’t dare touch.

Econet as a brand and EcoCash as payment platform have gone past the scrutiny of secure payments so this gives EcoShopper another advantage.

Then there is the partnership with Natfoods. This is meant to reduce the burden of middlemen which would have affected the pricing of products. It also offers Econet a running mate who has an extensive presence throughout the country.

Sure, the whole collect-at-a-depot approach hasn’t been received warmly by everyone who’s been following this e-commerce story, but it helps offer an alternative for people who want to send goods across large distances an option. Natfoods, which is doing a lot to weather the tough economic environment ought to hold up this end of the bargain well.

Tapping into all-things mobile tech is also a smart move. Every Econet subscriber can access this service. There is USSD, web access, and a well-developed app. It’s safe to assume that the iOS and Windows versions will also be worth using. The apps have been developed in-house, so these are the fruits of investing in talent.

So, is all of this enough to make a huge impression?

I strongly doubt that. There are a lot of realities that come with online retailing, especially for groceries. it looks like Econet is adopting this as a hedging strategy more than anything else really. In the absence of Zimbabwean e-commerce startup stars that could have been acquired, or partners to pair with (which is what MTN did with its investment in AIH), Econet had to do it alone.

The field didn’t seem too crowded either with just Food World being the most visible online retailer of goods. Until Pick n Pay or Spar also set up online stores in the mold of their South African operations, its just the two options. But there is more to consider though.

To be honest, the challenges being faced in Zimbabwean e-commerce and online retailing aren’t being addressed by this service directly.

The aspect of product delivery is at the top of people’s lists of must-haves for online retailing. This is something that another recent entrant into this space, local retailer Food World, figured out from the onset. there has to be an option for delivery, even if you attach some cost to it.

Why is this so important? Well, after lapping up the ease of use that the service has from signing up, selecting goods (which don’t have a lot variety, by the way) and paying for them, being told to haul myself to a depot to pick them up kinda kills the excitement.

Another problem has always been the prices. For online purchases to make sense, there has to be a  pricing advantage that makes it worth it for someone to forego that trip to the grocery store. this is even more apparent in this picture where delivery isn’t available.

Without comparing EcoShopper prices to the Food World Store prices the fact that lower prices weren’t laid out as a point of difference shows that it wasn’t something Econet set out to solve here.

So if it’s not cheaper than traditional retailing or more convenient, what problem is it solving really? Well, there are people that want to send groceries to different parts of Zimbabwe. They ought to get a kick out of this.

However, will those numbers be enough to ignite online retailing? It’s anybody’s guess really. EcoShopper will have to validate a lot of things and at least add momentum to e-commerce, in general. There is always solace in that I guess.

In the meantime, I’m waiting for the improvements that Econet will make to EcoShopper. That is, after all, the Econet approach to new products – Launch Loudly, Validate and Dispel assumptions then Improve It if it’s worth it.  Let’s see how this service fares.

5 thoughts on “The realities of e-commerce: What chance does Econet have in this space?”