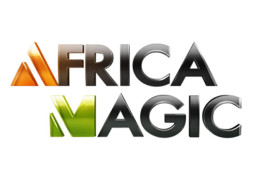 Do you know any local film and TV producers that are making content that is worth the notice on a regional scale? It turns out 2015 is their year actually. First it was ZBC, now MultiChoice Zimbabwe, the company behind DStv, is calling for locally produced content to air on its M-Net Africa Channels.

This is a bit of exciting news really. It’s not like the door has always been firmly shut for content creators in the past, it’s just that any producer trying to get noticed on DStv(which is still the most visible distributor of TV content in Africa) has had to fight a very tough battle against larger production houses that can afford to offer more varied material. There was no specific space for the smaller guy.

Now, this offer that is being extended to Zimbabwean producers for exclusive African content, will give producers an opportunity to be on a continent-wide channel which naturally translates to a wider audience and exposure for the team behind any production. In the past, MultiChoice has extended the same offer to countries like South Africa and Kenya.

It’s Showbiz and MultiChoice knows that it’s about giving people what they want. The market for locally created content is significant and has been growing for years.

Besides the investment in local productions (Actually South African; think Jacob’s Cross, Egoli, and more recently Isibaya and Zabalaza), that MultiChoice has made to meet the appetite for such content in this rising market segment, we have digital content that is distributed online that has also proved this.

Thanks to social media we have seen YouTube stars from different parts of Africa (think Anne Kansiime) and even Facebook is also chiming in, something that we have noticed locally with producers like P.O BOX, Nafuna, and Zvirikufaya that lean on this network for promotion and feedback. Whether these guys will manage to make the crossover to the lucrative TV broadcast side will depend on factors such as meeting M-Net Africa’s requirements.

You can read MultiChoice Zimbabwe’s press release and invitation below.

Zimbabwean film and television makers have a unique opportunity to showcase their productions across Africa, with a call for content from M-Net Africa Channels on DStv.
Liz Dziva, publicity and public relations manager of MultiChoice Zimbabwe, said the call had been made to source locally produced films, soaps, sitcoms, documentaries and lifestyle programmes from producers in Zimbabwe, to enhance the variety and style of material already being screened on the M-Net African channels.
“These channels are designed to highlight productions made in Africa, and Zimbabwean producers should respond to this wonderful opportunity for an expansion of their audiences on a continental scale through exposure on DStv,” she said.
Producers should make contact with Cheryl Uys-Allie of M-Net Africa Channels through her e-mail address Cheryl.uysallie@mnet.co.za.

3 thoughts on “A word for Zim producers: MultiChoice is calling for local content”