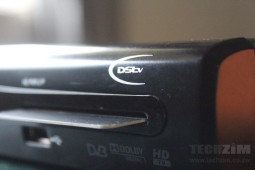 If you make the right amount of noise your cries just might be heard. Well, that’s the lesson from MultiChoice anyway. The media giant has reduced the prices of its DStv bouquets across all African markets.

With effect from the 1st of May 2015, the prices of all DStv packages will be drastically reduced. Some packages like HD PVR Premium, DStv Premium and DStv Compact Plus have been reduced by 40% while DStv Access, DStv Family and DStv Compact have been reduced by 15%. This means that you can access SuperSport for only $33 a month! The Xtra View Access Fee remains unchanged.

It’s a climb down from the price increases that were announced last month and have been put into effect today. The new price structure is reflected in the table below.

In a press statement, MultiChoice has mentioned how this action was a response to the massive backlash that the Naspers owned entity received from its consumers throughout Africa when it effected its annual price increase.

Locally, Zimbabwean consumers weren’t amused, and there was an avalanche of complaints from affected parties. In countries like Zambia, thousands of DStv subscribers even went as far as signing a petition, and in West Africa, some governments were called on by their citizens to reign in MultiChoice for monopolistic behaviour.

While this seems like a logical reason for the price reduction, it looks like MultiChoice is actually preparing for a more competitive environment. A lot of entertainment options have popped up in the past few years but have failed to really disrupt the dominance DStv has in Zimbabwe and other parts of Africa.

Now, the landscape is changing. The rapid rollout of fibre, coupled with entrants like VOD providers in the form of Aflix TV and iROKO has meant that people are relying less and less on one provider of entertainment. In the case of Zimbabwe, we have Econet at advanced stages of the launch of its ipidi service and with digital migration all but complete, there’s going to be an improvement in entertainment from state broadcaster ZBC, with its 6 channels and Web TV.

The good news about this is that while MultiChoice braces itself for competition, DStv has just gotten so much more affordable.

Update: We’d all love this, but this was an April Fools story.