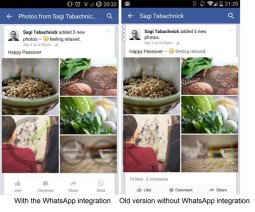 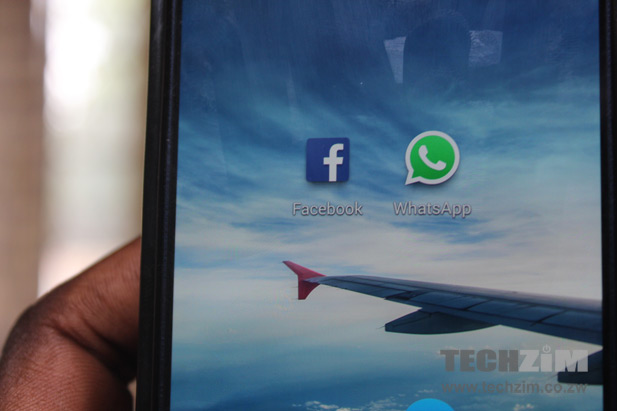 Facebook and WhatsApp. That doesn’t sum up Zimbabwean smartphone access patterns, but it sure as hell comes close to telling a big part of it. It’s not the mobile operators’ faults either, the three of them only introduced the Over The Top Services of WhatsApp and Facebook bundles to cash in on the popularity of these two.

Sure, internet access patterns have become a lot more diverse in the past couple of years, what with more and more options to use a lot of online services and applications. However, Facebook and WhatsApp will always top most people’s lists, for a variety of reasons.

This means that any marriage of service convenience between the two ought to be welcome by a lot of people. Which brings us to the latest development form Facebook and WhatsApp; the two services that are already intertwined by virtue of WhatsApp being owned by Facebook.

In case you missed it over the Easter holidays, Facebook is finally looking at bringing WhatsApp into its fold in a more deliberate way. According to an article first published on Geektime, Facebook started testing a new feature on its Facebook for Android App (Version 31.0.0.7.13).

This new feature is a send button with the WhatsApp logo, that is situated under a status update. This means that Facebook users can share updates with their WhatsApp contacts.

Besides the fact that WhatsApp commands a following of over 700 million users and is now plugging into Facebook’s billion plus platform, there is a lot that a Facebook and WhatsApp mesh implies.

On a primal level there’s the excitement that comes with the possibilities of media transfer between two insanely popular platforms. It’s something that anyone who uses both platforms extensively (can I get an Amen from Zimbabwean content creators and digital marketers) will be keen on exploring, even if this ends up coming at a premium.

Let’s not get too excited though, this is, after all, still experimental. But, while it might be fact that everything is still speculative at this stage, there has also been so much talk around an extended integration between Facebook and WhatsApp that will include Facebook Messenger (the original Instant Messaging platform from Facebook), crossovers for voice calling that WhatsApp has only started rolling out, and tapping into WhatsApp for all things advertising (which I think is Facebook’s business objective anyway).

All this is coming on the heel of Facebook Messenger’s metamorphosis into the Messenger Platform; which has assumed a more diverse role(think mobile commerce) in the Facebook ecosystem than just communication.

When will this be made available to all of us? No one has made that confirmation as yet. What is evident is that when this becomes mainstream, Facebook and WhatsApp will kick off another wave of disruption in Instant Messaging and social media. If this doesn’t catch on anywhere else,(WeChat is watching) here in Zimbabwe it will be a big deal.

2 thoughts on “As Facebook starts integrating with WhatsApp, what can we look forward to?”