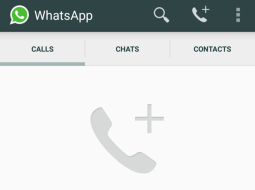 When the WhatsApp calls feature was activated this year two things that everyone had been expecting for over a year happened. Firstly, subscribers to the insanely popular platform were excited that VoIP was being integrated into the main communication platform.

At the same time, a cloud of uncertainty gathered over mobile network operators’ voice model. This wasn’t the same all over the world, but in markets like ours where WhatsApp is often viewed as the entry drug to mobile data services, so much that the MNOs themselves have special Over The Top services for it (WhatsApp Bundles), it was a big deal.

When we got a comment from one of the local operators (Econet just to be clear) it mentioned how it wasn’t bothered by this new pseudo-operator in the voice arena. This was chalked up to the opportunity this actually provided by a new WhatsApp service and how there wouldn’t be any interference to the VoIP service in the form of throttling.

It’s up to you to choose to believe this position from Econet and whether or not the network is going to make you pay for WhatsApp calls outside the WhatsApp bundles, but there is no way this call feature can be something that’s easy to dismiss.

A glance at how voice call traffic fared in the 12 months leading to the end of 2014 shows that this primary communication model has fallen significantly.

Sure, these numbers make sense because the economy is in the toilet and people are using options for communication like the Instant Messaging in the form of WhatsApp itself and Facebook Messenger that was imposed on every Facebook Mobile user.

What kicks off the alarm bells, however, is that these numbers came before WhatsApp calls had arrived onto the scene. If then we are to consider this new phenomenon, plus the fact that disposable income isn’t expanding, and that the very shaky version of this VoIP option is under constant improvement (WhatsApp is churning out updates at a rapid pace) you can bet that people will use WhatsApp calls as soon as they become stable enough to substitute voice.

The headaches for operators don’t end there though. There’s also the challenge of lower revenue that was brought into this whole mix by State regulation that forced MNOs to lower tariffs.

With all this laid out in front of operators, It’s safe to say that WhatsApp calls are an issue, a definite future thorn in their side.

Right now, it can be throttled officially or unofficially and the inadequate network infrastructure might make it just another occasionally functional option, but if history in telecoms serves us correctly, it’s always the least threatening tech that end up disrupting everyone. TelOne can share war stories about that. But who am I to pass judgment on what the telecoms operators are worried about?

In a recently published article, Reward Kangai, The CEO of NetOne, another operator, was recently quoted bemoaning the benefits that over the top services like WhatsApp receive by riding on mobile networks for free and eating into the MNOs revenues in the process. That definitely sounded like a network concerned about WhatsApp and its unfair advantage.