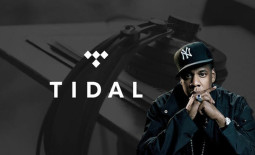 At the end of last month you, Mr. Carter/Jay Z and your cabal of musicians launched your music streaming service which you dubbed Tidal, no doubt an allegorical reference to the Waves that you thought it would make in the music world when you launched it.

In fact you made sure of it, what with your posse of the music’s vocal prima donnas like Taylor Swift (the woman who hates Spotify), Madonna (well she is Madonna), Beyonce, Rihanna, Alicia Keys and Kanye West (the Jackass otherwise known as Yeezus). I doubt there has been a roomful of egos larger than this outside the Grammys.

So much like the Tide your announcement made waves. You argue that this service would allow musicians to wrest back the power that the musician has lost following the rise of the internet with piracy at an all time high.

My interest was initially piqued when I read the site was ad-free. I wondered whether you had come up with some ingenious way to allow your adoring fans to access the music for-free! As it turns out you just found an ingenious way to make more money for you and and your already-rich friends whom you have made co-conspirators in your venture.

Well most people in my country paid slightly more than that for their Chinese phones sir, and they probably won’t be able to tell the difference. Considering their miserly financial habits I doubt they will spent $300 on a pair of fancy headphones just so they can listen to HiFi audio and that’s without factoring in the cost of the required internet connection.

While I find it noble that you, unlike a lot of other artists out there, are finally embracing technology instead of seeing it as the enemy, I have to say that I found your product underwhelming. Not only is it plagued by the not so small problem of having a limited music collection, the site has no selling point other than vague statements about restoring value to music.

Apparently you and your other friends are not happy that people have free access to music when they are paying $6 to buy a bottle of water. The biggest problem with your objection is that it is so U.S centric. No one I know, even snobs, pay $6 for a bottle of water. In fact most people I know freely drink from nearby streams, something our ancestors have done for eons.

I am tired of musicians, actors, film studios and software developers whinging about piracy and how you are being short-changed. If anything I think the whole lot of you are grossly overpaid compared to everyone!

You work hard for so little?! Tell that to people who work 20 hours a day in dusty sweat shops in places like China and Bangladesh sewing the fancy gowns you wear at the Grammys, the Nike shoes you run every morning in and the fancy lingerie you like so much. You earn millions from one song even with all the piracy going on. They earn an average 40 cents a day! I have never heard you championing their cause. Is their labour worth any less than yours?

Frankly I think you and most celebrities are just greedy. Most of you claim you are losing money because of technologies like the internet and musicians are finding it hard to make a living.

Here is a history lesson: none of the musicians of the 19th century were made as rich from music as you have had. None lived lives as lavish as you do. They made an honest living which is more than I can say of today’s entertainer.

The same technology that made you famous and rich is the same technology that you berate. What is wrong with you artists? You did not like tapes and accused them of killing music, then you berated CD burning and now it is the internet? You would rather the world would go back to the world of Vinyl? You know who else wishes to go back in time: constitutional monarchs who miss their days as tyrants and absolute monarchs.

People keep repeating the phrase that Piracy “is illegal” as if that makes what the copyright holders are doing right. As much as they are being robbed, copyright holders are much like the feudal lords of old because of their far reaching powers; a pompous lot who keep telling us about what’s right for musicians, actors and sportsmen without ever asking themselves what is right for music, movie and sports lovers. You call them pirates I call them Robin Hood.

Speaking of illegal things, did you know your buddy Dre makes these fancy headphones you like so much for a mere cost of $14 a set but sells them for as much as $799? How on earth is that even legal? Thank God for the Chinese I got mine for $5 and they work fine thank you.

What I am saying sir is I hope your project fails. It is backward protectionism. It is tyranny of the highest order when the some of the world’s richest individuals gang up together so that they can charge more and deny us access to their irresistible creations.

It is greed when people who earn millions per gig complain of being robbed when they are working no harder than everyone else. What about the nurses in not just my country but world over? A nurse here would need to work for 120,000 (that is 10,000 years) months to earn what you earned last year alone when being paid a generous salary of $500 a month. For you to somehow suggest that you are being short-changed is nothing short of an insult.

My dear neighbour is a hardworking guard with 3 children. He earns a healthy salary of $150 every month and pays a rent of $80, school fees of $40/month for his two daughters who go to a nearby college leaving him with $30 to spend on clothes (which he buys from bales shipped from America) and food. I have never seen him naked or hungry. He makes a living. You sir are just used to your ritzy lifestyle.

I do not condone piracy but what I find especially grievous is the fact that no one seems to be pointing out one obvious fact; your music, movies and sports are expensive to access. And in no small part those expenses are a result of overpaid musicians, actors and performers who take home ridiculous sums of money.

Piracy may be illegal sir, but I take a great deal of comfort that at one point the Magna Carta was illegal, so was the American and my own country’s war for independence, so was miscegenation. At one point Galileo was forced to admit he was wrong and told to shut up and Mandela was deemed a terrorist.

Unless you start considering the needs of listeners as well, instead of just focusing on the musicians/copyright holders, you will no doubt fail in your quest to “bring back value to music.”

You need to ask yourself the hard question, why are so many people willing to break the law and access copyrighted content. Are they just thieves and criminals? Why is it they do not rob stores to get their food also but only do it with music, movies and software?

Search and find their identities and you will see that they are your normal law abiding citizens who are left with no choice. Take my neighbor example, how is he going to afford your ridiculous charge of $10 a month? Instead he has in his hand a memory card which has hits like “Encore” and your wife’s “Halo” which he illegally got from his friend (not me) via Bluetooth.

My guess is he will continue to get his music the same way. Or he will buy it from the vendors who sell DVDs in our streets who probably illegally downloaded it from some pirate site. I will boldly tell you that I will not be paying to access your music either. I will happily navigate the obnoxious ads on YouTube because I love your music and want you to earn something but I am not willing to sell you my soul for it. I will get my movies and T.V. shows from Streamza (is it legal?) and BoxOffice.

I hope sir this will make you more reasonable. That by my missive you will become more amenable to lower royalties and consider the less talked about plight of the music, sport and movie consumer.

With love from, Africa

P.S Give my warmest regards to Blue Ivy and Blue’s Mother.

38 thoughts on “Dear Mr. Carter… An open letter to Jay Z regarding the Tidal music service”