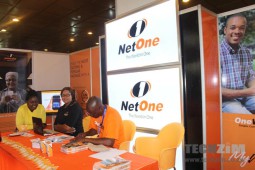 We’ve already established that LTE isn’t yet that much of a reality in Zimbabwe. We only have a smidgen of the service thanks to Econet’s efforts and when you do get to the areas that have LTE you need to use a modem for a laptop/PC based connection.

All that is supposed to change courtesy of the $200 million investment NetOne has made towards a network upgrade. The good news is that this network expansion project which is being implemented by Huawei is on track.

According to an article in the Herald, at the recent Innovation Africa Digital Summit Huawei confirmed that the first phase of the 3-year project was complete, something that suggests that project’s 2016 deadline will be met.

This is great news. LTE will mean faster mobile broadband and it is a sure forerunner to future tech like 5G set to be used in other advanced markets. It will help put NetOne in a good position as a provider of services in line with the Internet of Things(IoT), the one facet of IT that the Ministry of ICT has been largely interested in.

All things having been considered, it’s easy to see how the dream was easily sold to NetOne. What is not clear, however, is the tact used in making LTE the main broadband focus for a local  mobile network operator.

The latest report from the industry regulator, POTRAZ, displays a poor reception for LTE technology. In fact, in the past year, it has taken on an insignificant role in the development of mobile broadband service.

The reason for this is simple. Investment in 4G/LTE, though forward thinking and a definite reach for the future, isn’t entirely relevant right now for the Zimbabwean market. We have an impressive mobile penetration that, unfortunately, doesn’t translate to a high smartphone penetration rate.

For LTE to mean anything in terms of the huge numbers telecoms works with, there has to be huge smartphone penetration rate. Even when that has been achieved, it acts as precursor to eventual LTE uptake which is specific to certain later model devices. These devices tend to be a bit pricey, something that local market dynamics won’t digest easily anytime soon.

It’s this logic, added to the high costs involved with LTE infrastructure rollout, that has seen Econet, the most aggressive investor in telecoms infrastructure paying less attention to LTE.

A look at LTE-based internet connections for the third and fourth quarter of 2014 also show a 47.6% decline from 601 such connections in Q3 to 315 connections in Q4. Even the ancient dial-up technology lost way fewer connections than that with a 0.1% decline.

I am excited that LTE is closer to becoming a widespread reality in Zimbabwe. The fact that NetOne has jumped into this investment will have a positive sway on the rest of the market. There are so many downstream opportunities created by LTE technology.

What I’m still not convinced about is the timing of this investment, especially when telecoms operators, NetOne included, are trying to figure out product fit in a constrained economy. We wouldn’t want Huawei and the Chinese to be the only beneficiaries in all this. I sincerely hope, for the $200 million’s sake, this doesn’t turn out to be a boondoggle.