I still think the Apple smart watch is a dumb idea 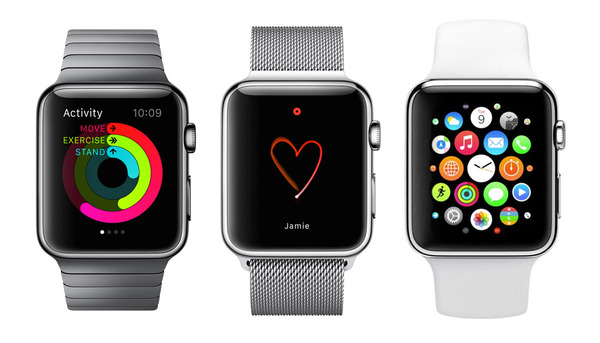 Gone are the days when good old Stevie, God bless his soul, made sure that Apple was one of the leading innovators in the technology industry. I mean long before Windows became a thing and when most people reading this and I had yet become zygotes it was Apple who led the way with their Apple Lisa computer, the first personal computer to feature a GUI back in 1982.

We all know what happened next. They made the idea of an easy to use personal computer popular at the 1984 Super Bowl (this is like a micro UEFA final for the Americas (sic) except people throw an egg-shaped ball at each other after having pancakes (chimodho) for breakfast and call it football. Ah Americans!). Just to show you how far ahead Apple was, William Gates and his fellows only made and popularized Windows about 10 years later when they made the famous Windows 95 operating system.

You don’t need to tell me how Apple pioneered and gave currency to the idea of a portable music player in a world that was dominated by bulky (tell that to the boombox generation) Discman players. The iPod, a device that could hold a thousand songs versus the poor Discman that could only have about 15 songs (8 if you are into Macheso and his extremely long songs). It was a no-brainer.

I mean we all watched the Jobs movie and we all know, despite his irrational hatred for Android and his stealing ways, how many times he woke up on the future side of the market. The only other place that I saw a tablet before he made it popular was in the hands of Logan Cale/Eyes Only in Dark Angel.

We could talk for days about the revolution that is the iPhone. Even though I hate it myself, I cannot help but admire its beauty and ingenuity even though it now pales in comparison to the Galaxy 6.

So Big Stevie succumbs to the Big C and what do they do? Well, correct me if I am wrong, but there has not been anything radical from Cupertino for a while now. The heirs to the empire have decided to play it safe with their usual evolutionary new iterations to the iPhone, iPod, iPad and Mac series.

I mean you have to read Tech Blogs and Changelog files to actually know that there is a difference between the iPhone 5 and iPhone 6 besides the price and a couple of millimeters in screen size. I am not going to get started on their maps that made the old Portuguese maps look accurate or how stupid Siri sounds sometimes or so they say.

Then there is the Apple Watch, which I still cannot believe they chose not to name the iWatch which is what everyone, the experts, fan boys, and competitors were expecting. Not only did they launch their own version of the smart watch, they did it well after everyone (the Android group) had launched theirs.

I mean how long has it been since Android smart-watches started popping up around the globe? It is no longer even a thing to wear smart-watches. It’s not even a year and they have joined the junk pile of Google glasses and clothes that wear themselves while we wait for Google’s self-driving cars which have both the technology and engineering world in a frenzy.

In case it’s not clear I do not share my esteemed colleague’s enthusiasm for the Apple Watch. They may call it smart, but I think it is a dumb idea. First it is not an innovation, not even by an inch.

The only differences between the other smart watches and the Apple Watch is notably it costs more as it will retail (that’s right it is not even available for purchase yet, just pre-orders) for between $350 up to $17,000 just so you can have its innards wrapped in a shiny gold case without any real difference in functionality compared to Android watches which start at $159.

Predictably it only works with Apple’s own Operating System which I find especially galling because I hate (cannot afford) an iPhone. While it is understandable that Android watches cannot support iOS devices which are closed source, the only reason for not supporting Android, which is open source, in my opinion, is just arrogance.

just to show how useless the smart watches are: the battery life for some of the models is said to be only 18 hours and take 2.5 hours to charge from 0 to 100%. A watch that will not even last for a day. Even my father’s useless winding clock from the 1960s did a lot better than this. A good wind lasted 3 days and it only took about two minutes to wind! Some innovation.

Among the useful features of the watch allows you to receive calls on your wrist! Basically what this means is that “I am too lazy to reach for the phone in my pocket/purse I will settle for talking to my wrist.”

I do not know how this works exactly, but I hope it will not involve moving away from having the phone on your ear and mouth and using your watch instead. That would just take us back to the days of two-way radio. Why not just buy a Bluetooth headset for God’s sake.

The watch also comes pre-loaded with Apple Apps that let you send and receive texts ( maybe they meant WhatsApp messages), send and receive emails which you will have to furiously pan through considering the screen real estate, receive Facebook notifications, call up Siri (like that would work so well when using your African Accent) I mean, you must know Siri only works when you speak in a white person’s voice. Try it if you do not believe me).

You can also use the watch’s “Taptic Engine” and receive “haptic” feedback. Don’t ask me what this means. Must be a way to allow you to send and receive telepathic messages to the watch and talk to aliens on other planets. I mean if you are paying $10,000 for the watch that will only be fair.

You can also play games like the tailor made Watch Quest that was just released but unless you have fingers the size of pins I have a feeling you will not be boasting about your high score to anyone.

If you get lost you can always consult the useful map feature which will be brought to your phone courtesy of your mobile network provider at the usual eye-popping data prices. Who knows maybe they will come up with some sort of Smart Watch bundle. That would be sure useful.

Then there is the fact that there is a total of 38 iWatch, I mean Apple Smart Watch models. A fact that is likely going to just confuse the customer and overwhelm them. It is like the brand schizophrenia that plagues Toyota and its many cars: the Yaris, Corolla, and God-knows what else.

This is going to be even more difficult as they make new versions. How are they going to name them? Apple Smart Watch Model 38 version 9 release 24 which only works with the iPhone 5c models (with limited features Siri might not work) and later?

To be fair I hate all smart watches equally, they have so little to recommend them except perhaps their being bling. You call it smart I call it the dumb watch but hey, it’s your money right?

It’s not like my protests and mocking are going to dampen the mood, or stop the gushing and sighing taking place at Apple stores right now as fans go to pay for the privilege of owning a Smart Watch sometime in the near future.

One more thing, I still cannot believe they did not call it the iWatch.