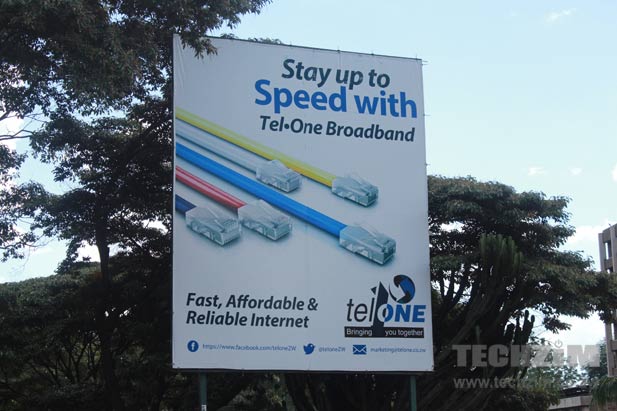 At the 2014 Broadband Forum, the conclusion was that the next frontier in broadband is retailing broadband right to the doorstep. Various ISPs made noise about FTTH promising to deliver services such as IPTV.

Competition seems to be heating up with emerging solutions being rolled out including TelOne FTTH and ZOL Fibroniks. It’s even more apparent now especially with the declining appetite for voice communication that is seriously hurting revenues across the board.

But how do these solutions really fare viz – a – viz feasibility and competition such as mobile data and already established hotspots such as Internet Cafes, and what are its prospects going forward? I will look at TelOne’s recently launched Metro Wi-Fi.

What does it have going for itself?

Telone Metro Wi-Fi is targeting deployment of over 60 sites across Zimbabwe and this could very well be above the combined number of the various internet cafés of sorts nationwide. Each Metro Wi-Fi hotspot covers a diameter of 300 meters using the Hotspot 2.0 approach. The plan is to saturate the metropolitan area with a wireless mesh network allowing users to migrate from one point to the next (vertically and laterally) without losing connection or having to re-authenticate.

Should this plan come to pass, it would mean bye-bye Internet Café and Hallo Metro. Is there really some exclusive service Internet Cafes offer that’s not being offered by TelOne? Internet Cafes do close at 8pm whereas this new Wi-Fi is available 24/7. This could be the annihilation of traditional internet cafes overnight.

There are real cafes, of course, that do provide coffee and biscuits with Wi-Fi but which ones do you know of? One thing we do know is that most internet cafes are at times congested, manned by unprofessional staff and prone to loitering, besides offering expensive fringe services such as 50 cents for printing a single page.

Metro Wi-Fi also exists as a threat for other ISPs offering internet access via “dongles” and other modems typically priced at $20 or more. Previously, and outside of Internet Cafes, one only had to decide between mobile data (Econet, Telecel and NetOne) and ISP plans such WiMax, satellite, dial – up or landline connections. With the emergence of Metropolitan Wi-Fi, which most cases does not require any extra equipment, users are really spoilt for choice.

Telone Wi-Fi is the retail front shop of its own factory, being both the broadband ISP provider and retailer. This is the same setup with ISPs such as Powertel and ZOL from Liquid Telecoms that are performing well. We could be seeing the emergence of real competition and when merchants fight, the customer wins.

Wi-Fi suffers its own geographical setbacks, especially in urban areas. It is susceptible to interruption from microwave and radio waves from other networks and is physically obstructed by buildings and inaccessible spaces.

However, the majority of buildings in Zimbabwe are less than 150 meters tall, with fairly accessible underground levels and no subways. The amount of radio and microwave activity in Zimbabwe is reasonably low so in the short term noise may not pose a real challenge.

Where does it fall short?

Telone boasts of being the cheapest internet provider with its $1 for 100 megabytes versus $1 for 10 megabytes promo which pokes fun at the MNOs. It is, however, higher priced than the $1 for 45 Minutes or 300 megabytes deals at Internet cafes although at par with other ISPs such as Africom and Powertel. Results will soon show whether users would be willing to forgo both their mobile data and frequented internet cafes for Telone Metro Wi-Fi.

The pioneer or penetration sites are another indicator of how Telone is planning. At this time when there is a lot of hype about its product, TelOne should capitalise on the attention and shouldn’t leave out sites like Africa Unity Square which already have freebie chasers looking for Wi-Fi from Meikles, Herald, Progressive and so forth.

Instead, TelOne has chosen sites like Pomona and Harare Exhibition Park. I suppose the team has done its homework and made intelligent predictions at this pilot stage.

The credit validity period is rather short for TelOne Wi-Fi. A dollar which is 100 Mb will last for only 3 days compared to the same dollar which can subscribe for a whole week of unlimited social media packages with mobile data and the same dollar valid for up to six months with other dial-up networks.

Frankly speaking, Zimbabweans mostly use the internet for WhatsApp and web surfing which is provided for by MNOs with their various “bundles” at cheaper and more flexible rates than TelOne’s Metro Wi-Fi. Daily, weekly and monthly subscriptions may prove more effective and should be a serious consideration for TelOne.

Telone unlikely uses the User-fairness model which bills users according to the amount of traffic they drive per given time. Users have unlimited net traffic for as long as they have successfully connected to the internet and their credit is healthy.

This means that a low consumption user who is browsing for news on text sites will be billed at the same rate as one who is streaming videos, running downloads or some other high data density connection, never mind the overall cost. The congestion affects all users equally but more unfairly for data ‘lite’ users.

Legal prudence is required on the part of TelOne, POTRAZ and other parties with this new product. For example does TelOne pay Harare city rentals for their Wi-Fi equipment as do the MNOs for their “boosters” in the name of fairness? The city fathers should realise this (if they haven’t already).

There are hidden opportunities here

Opportunities exist for Telone to offer its Wi-Fi to places frequented by users or businesses willing to “lease” Wi-Fi to enhance their own margins. These include bookstores, libraries, food courts and restaurants, the list is endless. Wouldn’t it make sense for Chicken Inn or Chicken Slice to have Wi-Fi.

Promotion is a simple game if you know your market. Telone can offer free access to certain sites (like Econet did at some point). This ensures a certain niche such as students start to frequent the Wi-Fi and naturally proceed to pay for pay sites.

Telone has the opportunity to offer unlimited Wi-Fi packages as opposed to scratch and go, say $10 a month. Such deals could see users switching off their data connection soon as they commute into town and continuing to use Wi-Fi without the hustle of having to logging in and out or disabling and enabling Wi-Fi.

Perhaps the greatest threat would be a competition reaction to Telone’s pricing. Telone is currently 10 times cheaper than mobile data, about the same with most dial-up providers but very minute in comparison to mobile data in terms of coverage. The number one reason for choosing Telone’s Wi-Fi over mobile data is undoubtedly the pricing. A plunge in the cost of mobile data could prove disastrous for this new venture.

5 thoughts on “What sort of chances does TelOne have with its Metro Wi-Fi?  ”