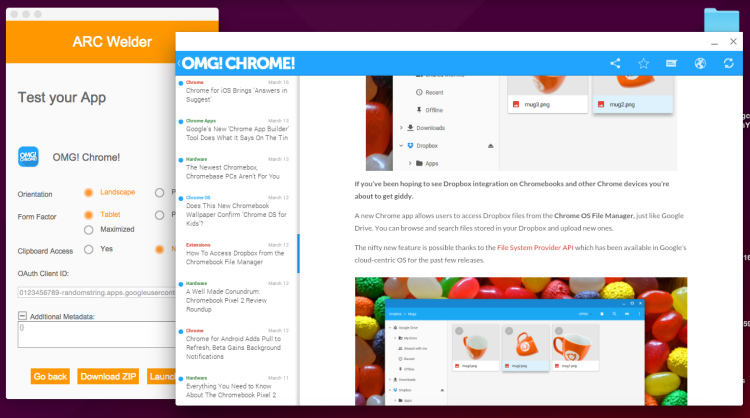 One of the advantages that was and is still given for Cloud Computing is that it allows home and business computer users to operate freely without the need to be that aware of the technical details or even the name of the operating system they are running.

The theory goes that all the user would need to do to be able to become productive is to have a device with a browser and they are good to go since they can simply launch their browser and be able to access most software products as Software as a Service.

While significant strides have been made towards the achievement of this goal, there is a lot more to be done if the goal of an operating system independence world is to be achieved, if it will be ever be achieved.

Sure as Ubuntu and Linux users we can launch our browsers and access Microsoft Office (well sort of), use Pastel online, use Adobe online and use a host of other services without going through the pain that is Windows. But everyone who has cheated and used these services in Windows knows there is a world of difference between the user experience on Windows and other devices.

The experience sometimes differs between browsers. Just to demonstrate how far cloud computing needs to go: nobody even knows what the heck cloud computing means! It’s like Positive Economics all over again.

So owing to the above and a conspiracy of naughty oligopolies in the computing industries we still have to grapple with different OSes, browsers, and architectures. The more you need to do on your device the more intimately you have to know it.

Developers also have to make apps for different applications for different platforms and hop around trying to make sure that each platform app gets the exact same features even though they have to be implemented differently. Sometimes developers just give up and develop for the most lucrative platform.

A case in point is the Linux world. Even though, all the distros in the Linux world more or less use the same code base: you know the kernel and utilities most have different packaging systems that are often incompatible with one another.

Oh sure there are sweet efforts like the alien project that purportedly to convert between Debian family and Red Hat family packages but anyone who has ventured to use such tools knows the process can easily become much more complicated than compiling from source.

In fact, it is my contention that operating systems like Ubuntu can become more attractive to the average user if they found a way to natively run Android apps on their desktops instead of wasting their time and resources developing a stupid operating system for mobile phones.

Seriously, who buys a Galaxy Tab just so they could put Ubuntu on it. I mean how hard can it be to implement a feature to run Android apps seamlessly on Ubuntu. After all, Android is an open source project.

Now there are those among you who will point me to projects like BlueStacks  and Google’s Arc. The former claims to have over 85 million happy users while the later is from the formidable creators of Android themselves and everyone knows well enough not to underestimate the folks at Google.

However, both projects are far from flawless. BlueStacks imposes a significant tax on your computer’s performance and the experience is not seamless since the Android apps are essentially running in some sort of Virtual Machine that is not an integral part of the operating system.

Google’s Arc runs as a Chrome browser extension and I strongly suspect this project was started primarily for the benefit of their Chromebook line to make them more attractive. Right now from what I have researched of them (Chromebooks) I think of them as just expensive browser computers with awesome displays.

They are toys for rich hobbyists with money to spare. With broadband in this country still beyond the reach of many, it would not be a sane thing to buy a computer that depends on the internet to work. Besides the Arc project is still in Beta and there are a lot of kinks to be ironed out.

Last week Google released a new version of a tool called Arc Welder to complement the Arc run time tool. The Welder tool allows users to be able to convert Android apps so that they can run on their Chrome browsers. Google even claims that the converted apps can run just as fast as they do on their phones. I am yet to test the feature but I am forced to wonder if apps like games ( I cannot live without Angry birds) and WhatsApp (the reason why people have smartphones) will run smoothly with them.

It sure would be nice and relaxing to live in a world where like with internet devices such as routers one need not care what OS they are running but just plugs them in and they start working with one another. A world where developers just have to make one app to run on all devices. A world where people just download and install Adobe on their machines without caring whether they are running 64 bit or 32 bit, iOS, Android, Windows or Linux.

Java clearly failed on that front. So did the useless internet installers that seem to be everywhere these days, you know a small program that slowly downloads the actual installation file. What would be great is one program that would run on them all! (Yes, I re-watched Lord of the Rings this weekend)