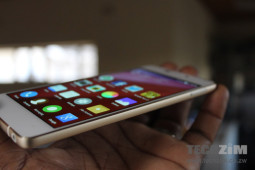 This was exciting because of the huge potential that Kenya and East Africa have as mobile device markets. It turns out however, that not all of the aspects of the deal have been finalised. According to an article in IT News Africa, Gtel faced some backlash from Safaricom after the mobile operator called the statements regarding their deal false.

According to the report, Safaricom had said that it

…does not have any relationship with GTel, and have asked GTel to retract their statement as it is misleading to subscribers. GTel has made contact with Safaricom; however, formal contract negotiations on its proposal are yet to start.

In other words, Gtel did make contact with Safaricom, they had a sit down regarding the distribution deal, but nothing final was laid down.

We are yet to get the official statement from Gtel regarding this issue. Part of the team is still in Kenya right now. In the meantime, it looks like its just a bit too early to confirm its presence as a distributor in East Africa.