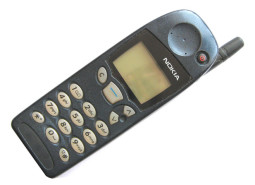 Twenty years ago, in the mid-1990s, a young telecoms engineer came across an idea for the future and brought it to Zimbabwe.

He wanted to operate a mobile telephone service business. It was unheard of in our parts, indeed, in many parts of the world.

A version of the story is that when he brought it, he offered it to the Posts and Telecommunications Corporation (PTC), which at the time was the state-owned monopoly offering fixed-line telephone service business. The idea was to do a joint venture in mobile telephone business.

It made political sense even if from a business perspective, working with a bureaucratic state monopoly might not have been a wise decision. The PTC had a monopoly, access to resources and it would be easier to start operating without the burden of licencing requirements. After all, partly for security concerns, telecoms remains a regulated industry.

But in its wisdom, or the lack of it, the PTC did not take the idea seriously. It’s hard to bring new ideas in a bureaucratic arrangement run on the basis of political patronage. New ideas die before they even germinate, and if they make it, they often suffer stunted growth.

Then he offered to operate the business on his own. However, the Government would not allow him.

Later, the proverbial penny dropped for the Government. Belatedly, they discovered that mobile telephone business was the future of communications technology. They denied him the licence to operate mobile telephone service business.

He fought many legal battles, right up to the Supreme Court of Zimbabwe, which eventually gave him the green light to operate the business. One man, the late Vice President Joshua Nkomo, sympathised with him during this plight and gave him support. But even he too was ridiculed. The veteran liberation warrior did not understand why the young and enterprising businessman was being denied an opportunity grow his business.

That young man was Strive Masiyiwa. He is now a very wealthy man, an international business leader, a man of immense influence and authority and a philanthropist of note.

Probably paying homage to his great sympathiser in those difficult formative years, he has established the Joshua Mqabuko Nkomo Scholarship, among other charitable projects, which supports many students going through university education. He does many other things and commands respect and authority across the globe.

The company that he established, Econet, has risen to become the biggest mobile telephone business in Zimbabwe and global brand. Not only that, with its tentacles in various countries in Africa and beyond, it is Zimbabwe’s very own multinational, at a time when Zimbabwean industry has declined drastically over the same period. It is a big success story – one of tenacity and hard work.

While Government was busy denying Masiyiwa a licence to start his business in the 1990s, it was also busy facilitating a licence for another company. That company is called Telecel. A group of businessmen and women formed a consortium and behind them were probably bigger political figures. They got permission to operate before Econet. That way, Telecel had a head-start, far ahead of its rival.

But when Econet eventually came, it quickly overtook Telecel and relegated it to third place, behind the state-owned Net One in second place. Telecel had been the much-favoured child. But the business was never its idea in the first place. It had copied the idea and was running with something that it did not fully appreciate. It remained behind, never able to catch its rival, which had suffered a difficult birth. And so Econet galloped ahead, too far ahead that Telecel could only see twirls of dust in its wake, never with any prospect of catching up.

Fast forward to 2013 and the operating licences were due for renewal. The licence renewal fee was set at $137.5 million. It’s a lot of money.

But at the time, Government was desperate for money. There was a pressing demand to hold an election but there was no money. No money would have forced government to beg for support from external parties. External parties would have come with their own demands, including a role in observing elections. Some people did not want this. So money had to be found somewhere. 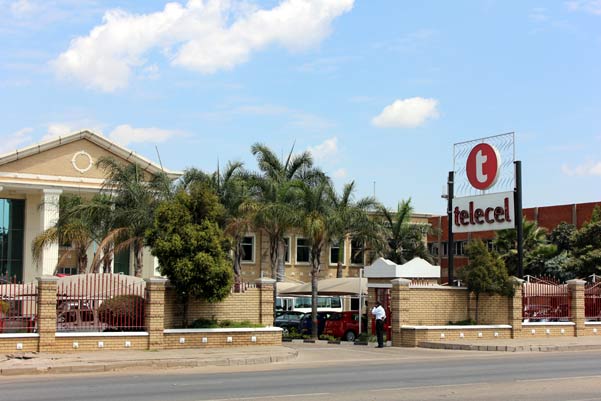 They looked around and turned the screws on Econet, the cash-rich company. The much-despised child had now become useful. Government demanded that Econet pay its licence fee, all this, of course, in terms of the law, except that the same demands did not apply to its competitor. Econet paid $85 million in May 2013 and promised to pay the rest by the end of the year.

But somehow, Telecel escaped this pressure. This was odd, because Telecel had got its licence earlier than Econet and if Econet’s licence fee was due, then Telecel should also have paid at the same time. Anyway, the time would soon come. But Telecel could not pay its licence fee. According to Government information, Telecel negotiated terms of payment. But still Telecel failed to meet these terms. The favoured child was struggling.

Now, Government has cancelled Telecel’s operating licence – well, actually, it had no licence but was operating under special dispensation. Government now says Telecel must shut down its business and pull down their equipment within the next 90 days. They say they had given Telecel leeway because they are a large employer. But Telecel, which is majority owned by a foreign investor, had failed to meet the terms of its licence.

It is a drastic decision but one that is arguably within the law. To operate a mobile phone business you need a licence. To get the licence you must meet the terms, which include a fee set by Government. If you don’t pay your licence fee, you lose your licence. Government says Telecel has failed to pay its licence fee and must stop operating. Telecel doesn’t seem to have a response to this.

Telecel has run out of luck, but most probably, it has run out of political capital. It had managed to survive all this time probably because it enjoyed political backing that its rival Econet does not have. Thus while Econet has had to jump through the hoops, Telecel has had it relatively easier. That probably bred complacency. Political patronage breeds laziness and complacency.

Telecel had an obvious commercial advantage. It had not paid the huge licence fee and yet was expected to compete with its rival which had paid its fee. It could afford to undercut its rival. It was not fair competition, something that should have drawn the attention and action of a fair and efficient Competition Commission.

Telecel’s luck probably ran out when it lost its key political backers in the on-going succession race in Zanu PF. Having been allowed softer terms all these years, there is no-one to defend it now in Government.

Having said this, I doubt that Telecel’s business will go under completely. Rather, in what has now become a familiar pattern, the bad news of its closure is only a precursor to good news of its rescue. Because for sure, there is White Knight waiting in the wings to “rescue” the business, the workers and the customers. And this White Knight is set to gain Telecel’s business on the cheap, now that it does not have a licence and its value has consequently been reduced.

Already we hear of the company Brainworks Capital Management. At some point, the shareholders of Telecel had accepted its offer to buy out their shares. Those with long memories will remember this name from some dodgy indigenisation and empowerment deals around Zimplats. That matter flared up at some point, there was a lot of hullaballoo, and then it just died. Well, Brainworks is back again and this time for Telecel. And Brainworks is not an ordinary company.

Telecel shareholders stand to lose heavily from the closure of the company. Now that they no longer have government protection, they are vulnerable. The screws are being turned against them. They are pressed. This is obviously designed to push them to breaking point. They will need to salvage something of their investment. Sooner or later, the White Knight will offer to buy-out and rescue Telecel from extinction. Because the licence fee has to be paid, the White Knight will offer a low price for the shares, lower than they would have paid a few months ago, or had Telecel got its licence.

The White Knight will then negotiate terms with Government to pay the licence fee. Government itself may partner the White Knight and in that way also claim the glory of having saved an important national business. It will claim the favour of employees, customers and all those who depend on the business.

Now, do remember that there is a demand by Government that Econet must share its infrastructure with other telecoms companies. That demand hasn’t gone away, yet. The screws will be turned on Econet too, to force it to share with the new company. The reason for all this is very simple.

The prospective owners of Telecel’s business have already calculated that the business of Telecel is light years away from that of Econet. The only way to compete with Econet is to get a cheap ride on its infrastructure. So Econet, which has invested millions in infrastructure, still has a fight on its hands. There is probably nothing wrong with sharing infrastructure – it happens in many countries – but it is a matter of business choice, not coercion. If Econet wants to do it, then it has to be a business decision, not a matter of force.

Anyhow, the White Knight that will rescue Telecel’s business probably has big political people with a voracious appetite for wealth. They will want to catch up with Econet and the only way to do so is to get a ride on its investment. Econet will probably go to court. But there is a small problem. The courts of Zimbabwe have changed fundamentally from the courts that awarded Econet a licence 20 years ago.

And through all this, some big boys will be eating. Some big people may have been eating through Telecel. Now they are being elbowed out and some more big people are sensing their opportunity. It’s their turn to it. If you ask them, they will tell you it’s the law. It is the law, alright. But it is more than that. It’s someone’s turn to eat.

The stories of Econet and Telecel teach us many important lessons. One of them is that political patronage does not pay. When you are a child of political patronage, your life depends on the power of your patrons. Business should never be like that.

Watch the space. If my prognosis is wrong, I should be pleased.

This guest article was authored by Alex Magaisa. The article was first published on his blog, NewZimbabweConstitution. Magaisa can be reached on wamagaisa@yahoo.co.uk.

15 thoughts on “Econet & Telecel: A Tale of Two Telecoms Companies”