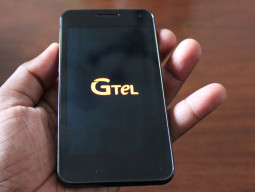 If you’re trying to grow your tech startup in the local market, one thing that hits you early is the realisation that the Zimbabwean market is small and isn’t enough to capture any grandiose vision of growth.

It’s hardly surprising then that entrepreneurs look beyond our borders. The latest to do that is Gtel. The device distributor has inked a distribution deal in Kenya with mobile operator Safaricom.

Gtel will be offering 8 smartphones to the Kenyan market via 1-year contracts on the Safaricom network, something that the device distributor started to do locally with Telecel Zimbabwe sometime last year through its Khuluma 365 promotion. For Kenya, devices have been priced between US$21 and US$62, something in the same range as its Zimbabwean offerings.

Interestingly though, in its official communication for the launch, Gtel claims that it’s already in South Africa, Mozambique and Zambia, something that doesn’t seem to have happened with as much fanfare as the entry into the Kenyan market. Perhaps its presence there has been measured by significant distribution channels there.

The Kenyan market does offer a lot more opportunity because of greater smartphone penetration than the rest of Africa and a bigger appetite for mobile tech. This huge opportunity has also seen it attract other device manufacturers with notable brands like Huawei, Samsung and Windows firmly anchored in the east African country.

Other lesser known budget-focused brands like TECNO, Oppo and Obi have also made their way to Kenya already, so Gtel will be competing in an aggressive territory. The partnership with Safaricom goes a long way in Gtel’s strategy at entering the market though. As an operator, Safaricom is the largest in Kenya, with a presence similar to what Econet has here.

24 thoughts on “Gtel enters Kenya, claims this as its stake in 4th African country outside Zim”