Here’s how to make your Ubuntu Desktop beautiful 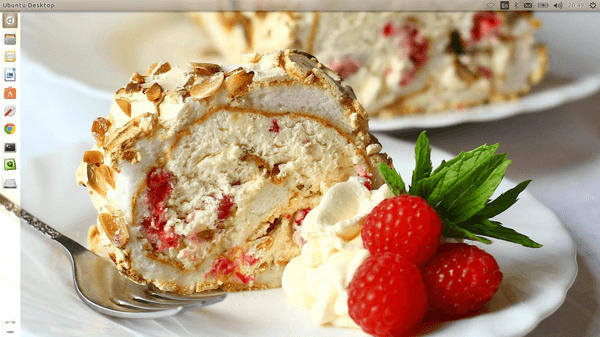 So this past holiday I managed to wiggle myself out of the usual holiday invitations from my aunts and uncles in which they wanted me to attend dinner at their houses, fake smile and fake-nod as they tell me about how well cousin Sara or cousin Bob is doing well doing this and that despite the tough economy. I usually reserve such torture sessions for major holidays like Easter and Christmas when there usually enough company faking it so I can just blend up.

I decided instead to do something that a lot of people have not done in a while, myself included; surfing the internet. Most people these days lead incredibly busy lives even on the internet when they anxiously log on every other minute to check on status updates of their friends, spouses, enemies, frenemies, boyfriends, girlfriends, and exes. If you don’t believe me, try changing your status from “married” to “its complicated” and you will have your wife baying for your blood and your in-laws on the phone and WhatsApp the very next second.

Anyway long story short as I was hopping from one Wikipedia page to another learning about things like cognitive dissonance and the “real” story of what happened to Jimmy Hoffa  I got bored, wandered around and came upon a disconcerting post.

One citizen of this country no less had the temerity to use the words ugly to describe Ubuntu and he was not referring to the GStreamer plugin either. I wanted to give him a dress down, but, unfortunately the question had been asked quite a while back and the suspect had long left the scene.

What do they say about people who are not handy? A bad worker-man always blames his/her tools. Just because you are a terrible programmer does not mean that C is hard if you get my drift. A lot of newbies and Ubuntu haters always say that the OS is kind of ugly, I guess they never had the misfortune of using Fedora right out of the box.

The thing though is both OSes come with tools that you can use to customize the Desktop according to your taste and preferences and most of the newbies are overwhelmed by the choice not unlike what people feel when it’s their first time to use Gimp or Photoshop.

So instead of hurling insults at the confused penguin nestlings, I have decided to help by giving you my own guide on how to make Ubuntu beautiful. Please note there are many ways to do this, this is just my way and because I detest the dock-style launchers (bottom of the screen) do not ask me about them. If I wanted a Mac I would buy a Mac and use their docking feature. Who am I kidding here, if I wanted a Mac, I would not be able to afford a Mac.

My guide on how to make Ubuntu beautiful.

First, these commands work on Ubuntu 14.04 LTS. The very idea of changing my OS every 9 months does not appeal to me at all so I stick with LTSes, but the commands should work equally well on both Precise and Vivid.

You might also want to install the official Love Wallpaper HD App for Ubuntu from here. The App and websites are in Chinese, but a little Google magic ought to do the trick. Once you have installed the app you can use Google translate to translate your English searches to Chinese and paste them into the app’s search box. Double clicking an image will make it set the image as your background. You should always make simple broad searches for example “tulips” (郁金香) instead of specific complex searches that Google might not render so well.

If you are one of those people, who likes to have the awesome Bing daily wallpapers gracing your Desktop instead of choosing your own wallpapers, you might want to check out the script and guide here. The fearful might prefer to use a PPA by whizkid.

You should also install Google Chrome from Google not any of that decaf Chromium stuff. Make sure you select the right package e.g. 64 bit or 32 bit depending on your system. Selecting the wrong package will result in you being in a world of pain.

Install the package using the command dpkg -i chrome*.deb. The installation will usually fail in which case you can complete it by running the command sudo apt-get install -f. Installing Chrome allows you to use flash media in much the same way you do in Windows. People would object to this, but Firefox in Ubuntu is a mess. Not only is it, well, I believe ugly would be the word, but it can be a pain e.g. I cannot use it with WordPress because the display of some the HTML is off.

Once you have done this you can install Chrome Launcher which you can use to install Google Apps like Drive, Google Docs, Gmail etc and attach them to your launcher instead of using  err unattractive apps like Thunderbird and the hideous Evolution suite.

There are many tips to make your Desktop attractive, if you are one of those with an awesome looking Desktop, please share you tips, questions in the comment section. A toast to a beautiful Ubuntu!