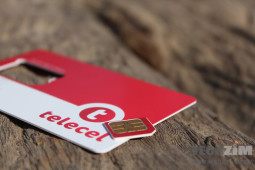 In a little under 4 weeks, the month of May draws to a close. There’s nothing significant there, that’s how the calendar works. But for Telecel Zimbabwe and it’s 2.1 million subscribers, 1,000 employees and slew of other stakeholders those days could just be the mobile operator’s last ones. Or are they?

At a Parliamentary Portfolio Committee meeting, the Minister of ICT, Hon. Supa Mandiwanzira fielded questions from legislators regarding the shut down of Telecel, with most of the direct from Committee Chairman Nelson Chamisa centred on why this action against Telecel was being taken and whether it could be avoided.

It’s hardly surprising that the government continues to stands by its decision. The Minister went to great lengths to highlight the delinquency displayed by Telecel regarding its operation without a licence and the leniency extended by POTRAZ and the State over the unresolved indigenisation quota issue.

But all of that is neither here or nor there really. The only game in play right now is the appeal that Telecel has to launch with the Minister of ICT or failing which, through a judiciary route.

According to evidence presented by the Minister to Parliament, Telecel International offered to sell the Government its 60% stake in Telecel Zimbabwe. The government accepted the offer, something that hasn’t been pursued yet. Perhaps this meeting (which is supposed to happen today but hasn’t been confirmed) could be the setting in motion of that action?

In any case, there is still hope for Telecel to exist in the next 4 weeks or 90 days and even beyond that. Let’s just hope, for the sake of every concerned stakeholder, Telecel does make that appeal.