The loudest lesson from Ubuntu Vivid Vervet: If it’s not broken … 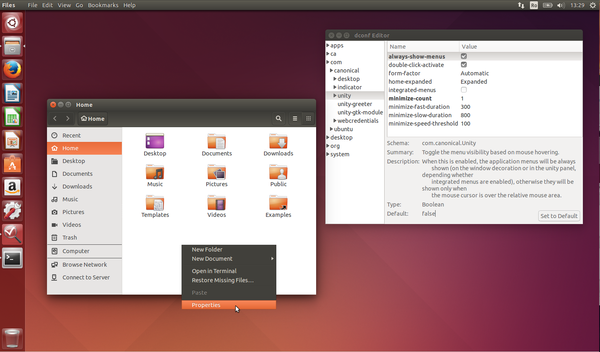 Those who are partial to Ubuntu know that every six months the good people at Canonical, the people behind Ubuntu, release a new version to its popular Operating System. Well if you somehow missed the big event, the latest iteration of Ubuntu and all its cousins like Kubuntu, Ubuntu Mate, Lubuntu, Xubuntu and Ubuntu Gnome, were released on the 24th of April.

As usual, you get to decide which flavor you prefer depending on your hardware some of the flavors like Lubuntu are to be recommended over the default Unity based installation especially if your hardware is dated.

I cannot believe some people still use Pentium 4 machines. I mean the Pentium 4 processor was designed at the turn of the millennium in the year when Y2K was still a thing. In any case rest assured that Lubuntu will run smoothly even on such an ancient machine.

The default Ubuntu flavor is available on the locally hosted ZOL mirror. The ISO can be downloaded here. Again depending on your hardware you have to make a choice between a 32 bit or 64-bit image.

If your computer has a 64 bit Windows operating system already installed it is usually a good idea to download the 64-bit version. This is also true if your computer has more than 4 GB of RAM installed which is usually indicative of a 64 bit OS. Another indication is the presence of a C:\Program Files (x86)\ folder where C:\ is your root directory. When in doubt choose the 32-bit version.

If you are one of those weird people who prefer the Plasma desktop offered by KDE or any of the other official Ubuntu flavors you are out of luck as per standard practice these are not available on the local mirror. This is especially important if your ISP distinguishes between local and international data bandwidth since the ISOs which are roughly around 1GB in size are quite large. One way around this is to download and install Ubuntu and then install the desktop of your choice from the command line.

Another less popular way is to download either the 32 bit and 64-bit minimal images which are about 40 MB in size. You can then boot these and like with the downloading of Ubuntu above use the included core packages and your internet connection to download and install your preferred flavor from the local mirror repositories. This is not really that hard although it came be daunting to beginners since it might require you to enter a few commands on the command line.

Having spent almost 10 days tinkering and messing with the Operating System, I can safely say there are no noticeable differences between  Ubuntu 15.04 and its predecessors Ubuntu 14.10 and 14.04.

This is certainly understandable. After all, it is not an easy thing to top the perfection that is Ubuntu 14.04. In fact, all the three versions of Ubuntu make use of Unity 7 as their default desktop environment with beneath the surface enhancements.

After the furor that followed the adoption of Unity as the default User Interface it seems the prevailing maxim with Ubuntu’s development team has been: If it’s not broken don’t fix it. And I completely approve, for the past couple of years they have really worked hard to iron out some of the wrinkles and kinks in the default Ubuntu distro and have somewhat improved on how customizable Unity is.

The “hidden” improvements might explain why the launch was somewhat low key, but they were still important. Chief among them is the use of a new Kernel (3.19.3) which means that if you were having hardware driver problems with previous versions of Ubuntu you might want to try the offending piece of hardware with the new kernel to see if there are any new drivers which might either ease your hardware problems or even make it work.

Another change that’s being touted is that System replaces Upstart in Vervet and, to be honest, no one except the hardcore geeks cares. Chances are you will not even notice this change. Although some have claimed improvements in their battery life I bet this is nothing but the placebo effect, or perhaps the improvement is due to some change in kernel drivers rather than due to some magical change in a package that most people have never even heard of.

The most noticeable change is that unlike in previous versions local menus are now the default. Those who protested against earlier versions of Unity often complained that they had to make use of global menus instead of just clicking on the desired window to perform menu related operations such as saving a file. This resulted in time wasting and an un-intuitive interface. Well, now you can click away on the local menus without having to touch the global menus.

Other changes include minor updates in Compiz and Unity most of these just tweaks to solve previously reported problems and concerns. New wallpapers to replace the disgusting purple-ish one that is default and an upgrade of all the key apps such as Firefox and LibreOffice.

A word of warning; Unless their developers and Facebook work out something, most chat applications like Pidgin and Empathy will not be able to access the social network’s chat features as the current interface they use is now being turned off while a replacement API is yet to be announced/created.

Not to despair though as you can still chat with your relatives and friends via the usual web interface or prism-like apps for Ubuntu. You can also use Chrome Webstore apps for Facebook and dock them into your Unity launch bar.

Given the minor changes and the fact that this version of Ubuntu will receive only 9 months of update and support on the desktop, I will not be upgrading my primary machine to 15.04 choosing instead to stick with 14.04 LTS.

Have you upgraded or installed to 15.04? Please share your stories, experiences, and thoughts.