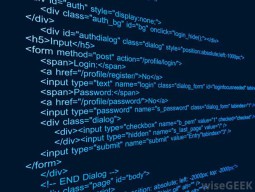 Talent shortage is a big problem in tech, and if you ask anyone in Zimbabwe who’s cared to find the best man for any particular tech job, they quickly agree. Even here at Techzim, we’ve felt it. It’s sad that not enough has been done to fix the situation.

One area that seems to be affected acutely is software development. Call them coders, developers or programmers; we don’t have enough of them. Some people might disagree because they swoon at the thought of our high literacy rate (it doesn’t mean much if you ask me) and all these tertiary institutions churning out degreed folk, but sadly the majority of these graduates don’t end up as programmers.

Now, I know this is going to come off as one of those usual rants that you’ve come across on every tech blog, where giants in technology like Mark Zuckerberg and Bill Gates are quoted, trying to convince the world that we need more algorithmic thinkers.

Ok, I’ll be honest, part of the narrative is like that. We don’t have enough developers, we need a frighteningly larger number as we wade deeper and deeper into a digital and intelligent world, and not enough is being done about it. But that’s only the start of it.

In a world where tech is underpinning any major movement and companies, both large and small, as well as governments slowly warming up to what we can do with the right control over technology, programming is one skill that should be advocated for more than what is going on.

This is not just a Silicon Valley or developed world problem. In Africa and yes, in Zimbabwe, some companies with a strong bias towards tech and the internet need developers to translate thought into a product.

About a week ago, Jason Njoku, the founder of iROKO, a very visible Nigerian startup, made news for posting an offer of 1 million Naira (US$5,023) every month to a talented coder that takes part and wins in a coding test. This is accompanying a job offer made for developers thanks to iROKO’s focus on Product, Design and Engineering.

Locally, I’m not going to cough up names of startups that are offering money to talented coders, but from what I’ve seen in the past couple of years in local startups tech, there is always room for great developers. The same dearth exists in larger companies that are always calling for developers (front-end and backend).

Instead of ruminating on how this skill is siphoned by brain drain, or pushing the government through the ministry of education to start making programming a priority, the best solution will have to come from people like you and me.

It’s not going to be necessary to open your own programmer’s academy (though that would be awesome). All it takes is each person who can, committing to teach programming or skills related to it (just as examples, think of problem-solving, basic algebra, algorithms) to someone who doesn’t have the skill.

When Hour of Code Zimbabwe started, some of us got excited at the prospect of some movement in line with this, starting locally. Now that we have the team behind it putting effort into doing what you might not have time to do, perhaps, you can encourage a couple of people who don’t know how code to check out the next meetup.

Sure, this won’t give us an army of programmers overnight, but it sounds like a great place to start.

If you have a solution to this talent shortage it would be great if you shared it.

67 thoughts on “Zimbabwe’s new shortage: Will the real programmers please stand up?”