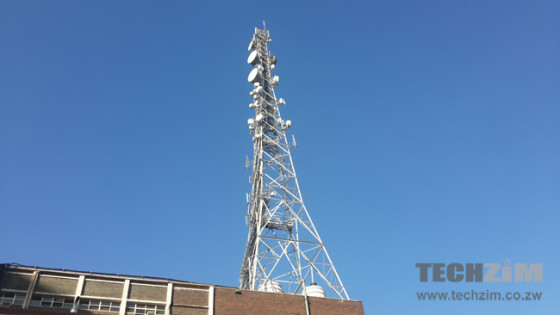 Every time Zimbabweans get frustrated by any mobile network operator, they bemoan the absence of real competition that has the potential to shake things up. Consumers have been crying for a new player in telecoms. Now it looks like it’s going to happen, and by the end of this year actually.

We recently received information that a group of local investors that include Dr Shingi Munyeza (the former CEO of African Sun) and Francis Mawindi (the former CEO of Telecel Zimbabwe) are at a marked stage in the setting up of a new service provider in the telecoms space.

According to the information, this new operator will be focused on acquiring spectrum and building, owning and maintaining a 4G Long Term Evolution (LTE) network supported by a national fibre optic backbone and back hauling network to effectively market and deliver triple play and related products.

The information also stated that the new operator (no name has been provided yet) is set to become a full-service mobile operator and VAS provider. The focus on LTE will not only mark it as competition to the three players in local telecoms; Econet, Telecel and NetOne, but it will also provide capacity for it to be a provider of Pay TV services.

When we spoke to Dr Munyeza, he confirmed his involvement in this new telecoms company but did not get into more detail.

Too early for LTE or just the right time?

There are many ways to look at at the entrance of a new player in this field. If this newbie captures the right market size with the best sort of delivery, the 4G/LTE player could offer serious competition to the three mobile operators that haven’t taken a huge bite into the advanced data market.

In Zimbabwe, LTE doesn’t have a huge footprint yet because of issues like the low penetration of LTE-ready devices and costs involved in the setup of its infrastructure. This infrastructure challenge is reinforced by the fact that the 3 MNOs have managed to secure revenue lines in data and broadband through extensive 2G and 3G networks which they continue to invest in extensively.

As it stands, Econet has been the only operator to try out LTE, albeit on a limited scale, and NetOne only recently received a huge capital injection from the government to expand its network and gear up for LTE services. It’s interesting to note though that a lot of NetOne’s turnaround efforts have been pinned on this LTE revolution.

For this new operator that’s focused on LTE, a smart market strategy leaning heavily on device rollout (Note to Econet, Telecel and NetOne, that’s how other markets do it) and strategic segmentation could work, especially if this network also focuses on additional services like Pay TV, something that we have seen more recently in Kenya where Safaricom launched its own set-top box after the country’s digitisation.

However, this won’t be a cake walk. There are serious long-term investments that always haunt any telecoms and broadband investor. These are the war stories that every person who gets into the sector will share at some point. The returns always look huge, and as a key pillar in the rollout of tech, telecoms and internet services have got the allure of a gold rush.

But, like mining itself, the huge returns only come after sinking a lot of sweat and capital into the ground. It’s something that seasoned local investment vehicles like Masawara have come to learn through their involvement in  Telerex.

In any case, I’m excited at the thought of player number four. Numbers one to three might have gotten too comfortable in class and a new kid with the right drive just might get everyone to pull their socks up.