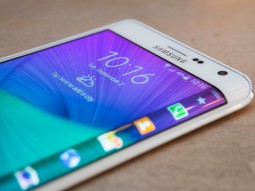 A computerised work process or IT-dependent operations cannot be overemphasised in the present day. Unfortunately some sectors of industry, finance and government still use the pre–millennium methods. For those that have moved with the times, a new dimension has begun to emerge with the rapid adoption of ICT beyond the workplace.

The advent of enterprise mobility has only managed to at best, just raise an eyebrow in most Zimbabwean companies. It is still viewed as another futuristic concept only useful in developed countries. Those that have adopted enterprise mobility have had to by default, mostly because employees have gone on ahead and managed to unlock more value for the company by using their own personal devices and connecting to the company network for business purposes.

Without clearly being authorised or trained as part of a policy, employees can easily access their work email from their phones as an example. Therefore, the full potential of Mobile enterprise is never realised.

Why do employees bring their laptops and tablets to work in the first place?

Employees’ desire to bring in devices of their own are usually born out of access restrictions where an employee is not allowed internet access entirely or not allowed to access certain websites. The result is employees bringing in their own phones and tablets and so forth to stay connected especially on social media.

Zimbabwean mobile data is very expensive. If a company has broadband internet, some employees bring in their home devices to connect to the company’s internet for all sorts of purposes including periodic antivirus updates, downloading media files, browsing the internet, updating WhatsApp and so forth.

The need to work from home, that is, either beyond working hours or working off the premises entirely for a period is a necessary evil in certain circumstances. Work done needs to be updated to the workplace via email, flash drives video, voice or text chats and so on but employees seem to be more comfortable using one device that they can bring into the office such that they end up offering their own devices for work-related use.

A five-year-old office computer may not be as appealing to use to an employee as it is usually several OS versions behind. Most Zimbabwean companies are still on an unsupported Windows XP version, seeing that was the OS that was there when the computer was purchased.

Even the basic applications such as Microsoft Office are not usually updated. This may be in contrast to an employees’ home computer or even their Samsung Galaxy with the latest in everything. Employees then bring in their devices to replace the work computer and improve the user experience.

What are the corporate reservations in BYOD?

Most companies worldwide are opposed to the idea of bringing devices to the workplace. A Global Corporate IT Security 2013 Survey shows that South Africa has the most objection to BYOD policy at 75% of the interviewed companies convinced it is a security threat. Foreign devices in the workplace will not only be able to access the work network but may store and share confidential company information deliberately or unknown to the user.

Some companies fear the legal connotations. Untile we unveil our new ICT Policy and its accompanying legislation in tech, Zimbabwe remains rather silent on the finer details of cyber law.

If a foreign device is used to commit an offense, does the company have jurisdictional access to the device? After all it is personal property. Is electronic data even admissible in a Zimbabwean court as evidence? If a laptop is to be used at the workplace, how do you commission it and who would be responsible for repairs and maintenance and who decides when the laptop ceases to become part of the work tools? Does the owner have to notify of intention to cease to use their device? The acceptable usage policy is difficult to construct and the questions are endless.

Some reservation is born out of the lack of ICT oversight of the hardware being used. If the ICT department does not control the hardware deveices, they cannot certify that the data stored on it is within acceptable industry standards of data integrity. If an employee is allowed to store account information for clients on their home device, what is the surety that the information will not be tempered with.

What are the benefits that are being missed?

While BYOD is not very popular it has its benefits. Firms spend quite a large portion of their capex in depreciating equipment such as laptops which generally have a 3 year long value on the books. Ideally after every 3 years a company should upgrade its ICT equipment.

Some companies in Zimbabwe pick the Qrent option of renting equipment, but the computers provided are usually disposed equipment that has been reconditioned and are prone to failure. Another issue is how the figures spent on renting will turn out to be higher than what’s spent on outright purchases in some incidents. It is immediately cheaper for the company when employees bring their own devices.

One obvious benefit is the productivity factor where an employee usually works from 8 am to 5 pm, but can choose to put in some extra hours if they have their work equipment with them. An example is how a commuting employee can put in an hour or two in a public transport vehicle like a kombi.

Another angle is to look at the satisfaction a familiar environment brings to the employees through the use of their own devices. It has both a psychologically pleasant and morale boosting effect as there is a smoother transition from home to work.

A clear BYOD ICT policy must, however, be crafted to protect both the company and the employee against risks and adversities of everyday use such as virus attacks. If a personal device is infected by a virus through a company’s network, who is responsible for the damages caused and who incurs the costs? What type of content will be accessed through the corporate network? Where does privacy of the employee begin and where does the company’s end and so forth?

Beyond BYOD, there is also need for companies to deliberately support the use of foreign devices. There is a need to create an environment where it is not about who owns what device, but rather the enabling environment that allows work to be done.

If there is room for work to be done beyond the company’s premises or normal working cycle to achieve a goal, the use of enterprise mobility must be enabled. Steward Bank, and more recently ZB Bank  have been some of the pioneers in this area bringing banking nearer to the customer via their agency banking.

Employees can be productive even from their own homes and can have their productive hours accumulated appropriately. It is easy for an agriculture field officer to be deployed to remote locations to collect data using their device while being monitored from Harare. It is possible to deploy ZimStat officers to aggregate statistical data in a census or research from distant.

It seems like a distant necessity but just like the reality of the dream of drones flying in Zimbabwe, some technologies needs to be explored as we have a very diverse population with differing needs.

One thought on “BYOD: Is Zim ready for Enterprise Mobile?”