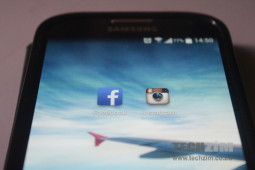 The news that Facebook is setting up an office in Africa has naturally created some form of excitement in the social media and digital marketing space.

Facebook is still the most ubiquitous social media platform and its interest in our continent seems to say a lot about the opportunity that African internet users are presenting, in addition to the projected value of investment in social media and digital advertising.

This move makes a tonne of sense because of the usual indicators. Most of us still access the internet through mobile phones, an area which Facebook has been going big on. Besides that, Facebook is a huge part of that African internet experience with its 120 million user total. This number reflects a 20% increase from the 100 million African users Facebook had in September 2014.

Creating a presence in a rapidly growing market which already appreciates your product and has a feel for what you want to increase your invest in is clearly the smart thing to do.

Is Zimbabwe part of its plans?

In its formal communication regarding its play for Africa, Facebook has spelled out the territories that are part of its core focus right now.

The 3 anchor countries (SA, Nigeria and Kenya) are pretty much part of every list that talk of African investor opportunity in tech. However, it’s the supported countries list that sparks some interest.

Zimbabwe isn’t part of that list, an omission that can easily spark debate around the viability and attractiveness of Zimbabwe as an advertising market. But there are a lot of factors that Facebook had to consider in selecting these markets.

Zimbabwe has a very small market in terms of internet users. With a population of 13 million, numbers on internet subscriptions hovering at around 6 million and a Facebook user total that is at approximately 2 million users (Facebook hasn’t provided this figure, it’s an estimate based on previous statistics and the smartphone penetration rate) our market isn’t oozing with appeal as much as other African countries.

It’s probably the same reasoning behind the selection of countries for the Internet.org drive. Coincidentally, almost all of the African countries selected for Internet.org are part of this Facebook growth market list.

Facebook hasn’t totally ignored Zimbabwe though. We were one of eight countries to first try out the Facebook Lite app before it was officially launched earlier this month. This could be taken as some acknowledgement of the potential that Zimbabwe carries for Facebook mobile.

Facebook will partner with governments, telecom operators, agencies and other stakeholders to deliver localised solutions to advertisers and users continent-wide. It will continue to focus on tailoring solutions, metrics and ad formats to the needs of customers and advertisers in the mobile-first, mobile-only African environment.

This statement, also taken from Facebook’s announcement, seems to suggest more lobbying from Facebook as it tries  to figure out the African market. This could mean a focus on the local market at a later stage, perhaps in the same way that YouTube only recently activated Zimbabwe for monetisation behind other African countries.

3 thoughts on “Facebook is now in Africa, is Zimbabwe part of its plans?”