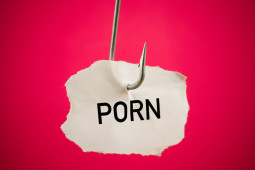 Like most of  us who receive the latest metro-gossip on WhatsApp and Facebook, you probably came upon the story of 28 minors that were caught at a “naked party” in the Westgate suburb of Harare in Zimbabwe. Many in the Zimbabwean society have questioned the minors unacceptable behavior.

Where had the minors learnt of naked parties ? Were they just being ‘innovative’ by hosting a naked party instead of the traditional party characterized by music and dance ?

Its easy for anyone these days to point out that the youth everywhere, and even in, Zimbabwe are exposed to indecent practices by media. Coming back to the issue of the Westgate minors: one needs only look at the American Pie movies series, which features various naked parties and naked marathons. The movie series develeoped a strong following, even in Zimbabwe.

Should individuals have the right to consume any kind of media they like, in particular, pornography?

Parents are also unable to supervise their children on the internet. Unfortunately, social media and IM platforms such as WhatsApp and various cloud services provide ways for both minors and adults to go around this, and share whatever sexually explicit material they have.

This brings up the issue of the Zimbabwean government policing the internet. Countries that are more conservative than Zimbabwe, such as U.A.E and China, have gone the extra mile and banned access to websites that provide sexually explicit material.