My experiences as a Zimbabwean entrepreneur at a Rwandan tech incubator 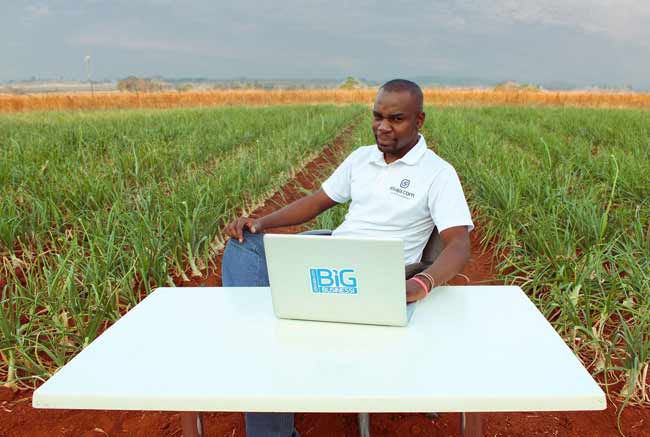 This article was written by Clinton Mutambo, a Zimbabwean tech entrepreneur and founder of Esaja.com. He is sharing some of his experiences so far at a tech incubator in Kigali, Rwanda, where he will be based for the next three months. In this article he draws some comparisons between Rwanda and other African tech ecosystems.

Looking at telecoms, some networks around Africa get it and are willing to build bridges, others are stubbornly resisting change and seem keen to replace the fixed line operators. I feel this way because in internet economics, it’s not an empire game where the deepest pockets win – it’s about ecosystems and building/unlocking shared value (my opinion).

We’ve had really senior Millicom folk visit in the last couple of days, it’s insane as more are coming through (Not just from Rwanda but even from London HQ). I have deep respect for the dynamism this great group is displaying. I feel that Zimbabwe’s ecosystem hasn’t matured to this stage yet. On paper it has better fundamentals, in reality there’s a really vicious and short sighted culture that seems to exist. This is my opinion, you could have a different view.

We’ve only been here for 11 days but I’m impressed by the commitment the Rwandan Government, Millicom & those in the ecosystem have to build the future. Rwanda has a GDP less than Zimbabwe’s, is landlocked and has a similar population size. It’s come from a far more difficult backdrop, making their achievements over the last few years simply remarkable.

We’re encouraged by the commitment everyone from the Rwanda Development Board to private sector players like Millicom/Tigo have. They’re an example to practically every other nation in Africa. Data like the World Bank’s Doing Business rankings or the World Economic Forum’s Global Competitiveness ratings speaks volumes of Rwanda’s amazing rise. To see it in action is a great privilege.

Technology ecosystems don’t operate in bubbles but real nations. Allow me to share two examples:
1. Registering Esaja East Africa as a company was done online – as someone who hates filling out forms, I was pleasantly surprised by how pragmatic the process was. Other national services are obtained by applying online, creating a verifiable trail.
2. To say Kigali is clean & efficient is a total understatement. People don’t throw litter around here. Even the “mshika-shika” equivalent scoots around with spare helmets for passengers (most nations outside the more developed Zim & Southern African block use bikes). This is standard. Actually there are no “mshika-shika” but actual cooperatives whose level of organisation and accountability is impressive. Such order and efficiency doesn’t exist in Harare and even Lagos, Nairobi or Johannesburg. There’s something remarkable happening here.

In success or failure, we’re committed to make a contribution to the development of Africa. This is something I greatly believe in.