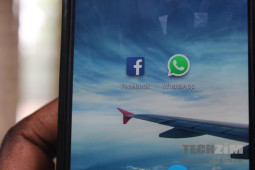 Every huge act of dishonesty has a profit motive behind it. Yes, even Punk’d is all about making sellable content. But this isn’t about an MTV show. It’s about Zimbabwean organisations and WhatsApp.

Recently the Air Force of Zimbabwe was at the centre of a very popular hoax regarding recruitments.  It’s the usual fake call for CVs, with a contact number for dropping off applications. In a country where you stand a better chance at correctly predicting the winner of the Champions League than securing formal employment, these messages spread quickly. The secret to the virality has of course been social media, with WhatsApp groups adding to the fire.

Before The Air Force made an official statement about the false recruitment messages I saw the very same messages in 8 different WhatsApp groups this weekend, with some people expressing interest in applying or sharing the crucial information with a friend or relative who needs a job. In other words, it actually works. A lot of people fall for it.

Other organisations that have fallen victim of this include Zimbabwe Revenue Authority (ZIMRA), Zimbabwe Prisons and Correctional Services and even retail chains like Pick and Pay.

I wouldn’t expect whoever is behind these scams (It is a scam, these guys con some of the unassuming applicants into paying for jobs) to have a change of heart just because the Air Force or ZIMRA have made statements to the press. There a lot of factors contributing to these sort of schemes that can’t be addressed immediately.

What should be done though, by any serious organisation, is to have better hold of all communications, including on social media platforms. What’s becoming clear, is that a lot of communication of messages, however real or fake, is being conducted on social media and through Instant messaging.

Once a false message starts circulating, following it up with your own communication on the same channels would do a lot to get the truth out there. It’s at times like this that a well-managed social media strategy works with communication on Twitter, Facebook and even WhatsApp telling people not to fall prey to the wrong messages.

Waiting to make a press statement days later without any other speedy communications strategy that relies on digital media really isn’t the best approach.