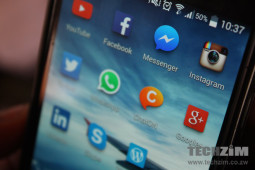 Social media; love it or hate the phenomenon, but it has a way of exposing the many sides of human behaviour and how people respond to different situations.

Earlier today, I followed a discussion on Facebook that was centred around a video that had been posted on the Zvinhu Zvirikufaya Facebook page. Some child was engaged in a shocking exchange of words with his mother, something that got a lot of Zimbabweans to comment on the post. People were calling for a sterner way to discipline the child who seemed more concerned about using his phone than listening to parental reasoning.

This got me thinking; Is this what society has become because of tech and social media? Sure, we caught a glimpse of some of the challenges that the modern day parent faces but are children these days more in tune with social media and tech than with family values?

I miss the good old days when l actually had to visit friends and family when l wanted to chat with them, instead of using social media. Nowadays, l lounge in my room and chat on WhatsApp with my friends who lives nearby. We only get to meet when we really have to.

Like most Zimbabweans, l am heavily involved on social media. l use WhatsApp and Facebook daily. When l eat my meals, in the kombi on my way to work and at work when my boss is not looking(shouldn’t have put that there). I even use social to chat with family members when we are in the same house. l am addicted to social media.

Social media addiction has been linked to various mental health issues. It can cause loss of sleep, loss of relationships and anxiety. Entertainment websites like H-Metro weekly report of issues of infidelity  exposed through WhatsApp.  People also invest a significant amount of time and money on social media.  The average social media user spends about 8 hours a day on social media. This is more than the time they spend studying or sleeping!

All of this stems from access to technology on our fingertips thanks to mobile technology. You’d think that this would make phones the last thing people want to see their children holding, but the opposite is actually happening.

Despite research which shows that schools that do not allow use of mobile phones in classrooms have high results,  Zimbabwe’s Ministry of Education wanted to introduce legislation to allow student use of cell phones in schools. Most parents  protested because they were worried students would spend more time on social media while at school.

Families are spending less time interacting with each other because of social media. It is not uncommon in Zimbabwe  for an entire family to be on their cell phones using social media during dinner time.

What does this mean for the current generation?

There’s always someone, or something that is blamed for any fall in society. From what we’re seeing around us, it looks like tech and social media will be the patsy for any changes in behaviour.

I’m not a parent, and to be fair, none of us are qualified to make any assessment of what we saw in that Facebook video about parenting and what was wrong. But I am sure that social media will have an influence on how children generally behave.

The current generation’s addiction to social media means they never get to enjoy some of the experiences associated with growing up in Zimbabwe. Gone are the conversations and stories of dinner time. Teenagers have the ability to share their moments on Facebook and Instagram, but their moments will never be cool as the nineties.

What can be done to avoid the creation of this generation of social media zombies?

One thought on “Zimbabwe’s Zombie Generation Raised On FaceBook, WhatsApp”