Here are 3 ways you will benefit from Infrastructure Sharing 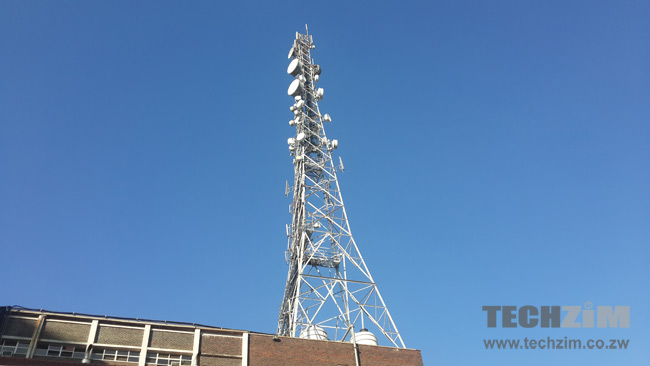 While the debate on infrastructure sharing continues, I think the only clear sentiments from a lot of people who have been following it so far, are that the Minister of ICT is offside and Econet is being unfairly treated.

The truth is, these are misconceptions, and so far the biggest misunderstanding is that this drive for every operator to share infrastructure is an attack on Econet and that Econet is going to lose out of the arrangement.

The operators were not given a formula on how to share their equipment, they were simply put in a room and told to come up with an agreement of some sort which can then be endorsed by the authorities. The only response we seem to hear from that closed room discussion to date is “consultation”.

Just how long do these operators really want to consult on something that is practised the world over? If anything Econet, seeing as it has the largest stake to protect, should be leading these “talks” and pushing their agenda stronger if not short of imposing the terms of the arrangement.

If a politically polarised Zimbabwe had to, at some point, sit down in “talks” culminating in a functional GNU, what’s so esteemed about these telecoms operators that they cannot do the same?

But I digress. To broaden the viewpoint of the stakeholders and aid the discussion, I would like to point out some irrefutable benefits of this practice deduced from the government’s tone during the recent Infrastructure Sharing Symposium.

The purpose of any business establishment is simply profit. The primary driver of Infrastructure Sharing  is the reduction of the costs of providing telecommunication services.

According to Mr Munodawafa who is a Southern Africa Telecommunications Association (SATA) executive, an estimated $8 billion in capital and operational expenditure can be saved across Africa and the Middle East if sharing is implemented.

Specific to southern Africa, between 16% and 35% reduction in costs can be realised immediately through reduced skills and resources requirement and unlocking value locked in the underutilised infrastructure.

How the operators will utilise whatever savings they can establish is their business, but the government has a few ideas. The current tariffs model which was approved by POTRAZ is mainly justified by the cost of providing service. This includes the human resources, the equipment deployed, the skills and training investment and so forth.

It is not just Econet cutting salaries and bullying suppliers, or Telecel paying employees in airtime however, regionally telecoms is also showing signs of stress as competition toughens. Telkom South Africa intends to lay off more than 7,800 employees directly and through its suppliers. The loss of jobs is a situation the governments of these two countries are not happy about.

At some point in 2000, the Universal Service Fund (USF) was created through an Act of Parliament with the intention of providing uniform service across Zimbabwe. This was after the realisation that all operators have a duty to ensure that infrastructure is rolled out uniformly including to the rural areas.

Operators contribute 0.5% of their revenues towards this project. If operators are allowed to just focus on making money they would probably concentrate only in highly populated urban areas and discriminate against our rural folk.

There have been reports that some operators are failing (deliberately or due to inability) to service their obligations to the USF. If this is true, they are disadvantaging a project that could have benefited the generality of Zimbabweans.

Understandably, no operator would want to carry the cost of deploying equipment in Machonyonyo where there is no guarantee of return On Investment. If Infrastructure Sharing is established, this cost does not have to be carried by one party but can be shared proportionally among the players.

There is a general belief that the current networks (partly because of duplication) are not fully utilised and fully optimised. Infrastructure Sharing will eliminate duplication of base stations in the same area and deploy them in areas where there is a need.

At the same time, active sharing will allow these same networks to maximise capacity utilisation by carrying Virtual Networks on the same infrastructure including even the data centres, antennas and so forth.

The opportunity and vacuum created through sharing will stimulate growth in the sector especially with service innovation and provision of OTT services.

There is room, compounded by the coming of digitisation in broadcasting, to provide triple play services as an example. Econet has been singled in the past for wanting to provide all possible services in-house while stifling any external and upcoming players.

Infrastructure sharing, depending on the model, is somewhat anti-monopoly and will allow for new entrants with new services to lease the infrastructure and penetrate the market.

Whether the method is right, the government does have some compelling arguments.