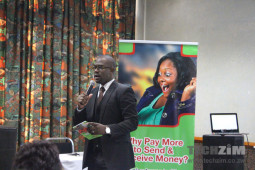 The revamped Nettcash utility service has introduced DStv payments. This is in addition to the ZESA payments option.

Though late to the party, this is a service that they cannot do without as a payments provider. They become the umpteenth channel among banks and retail stores and the fourth mobile wallet after EcoCash, Telecash and Textacash through which you can pay for DStv. The new DStv function also comes with Box Office payments.

The DStv payments are available through the Bill payments option on the mobile application also released at their launch yesterday. The new utility services show a deliberate attempt by Nettcash to establish a presence as serious competition on the mobile payments playground.

in my opinion, their app has a slight edge over the other mobile wallets based on the USSD platform because of its simple user interface and clarity on payments, especially on the DStv bouquet prices and transaction costs. There is no guessing what the transaction requires.

It will, however, face the same data dependency hindrances that the Ecocash app is predictably faced with. In that respect, a USSD application may bring more mileage to their efforts than the data app.

However going the USSD route may not be a walk in the park as the facility can only be available through the network operators who are Nettcash’s competition. This might, at the same time, also remove the independence and business model that Nettcash has always banked on. Zero rating may not be such a bad idea in the early adoption stretch.

There is one other huge advantage from Nettcash payments though. They boast of up to 25% lower costs of transactions than the mobile networks.