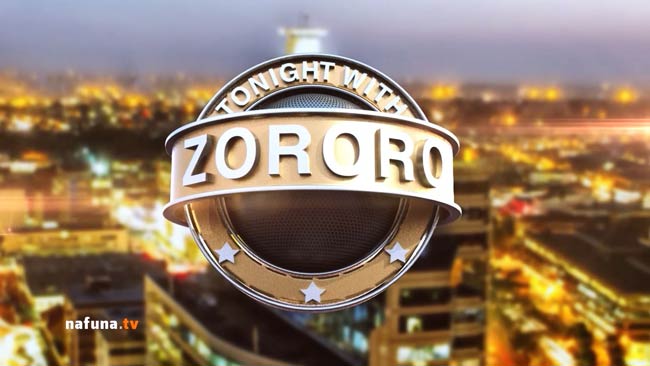 A fortnight ago the ITU deadline for digital migration that had most countries scampering passed and most people weren’t surprised by the challenges Zimbabwe faced in meeting some of the prerequisites for this crossover.

While some technical requirements were met, there are a lot of hurdles that all the parties involved in this digitisation issue (Broadcasting Authority of Zimbabwe(BAZ), ZBC, Transmedia) still have to scale. The most visible aspect that most of us can easily understand is the creation or securing of digital content.

Some producers have decided to not wait for ZBC and all its ilk to untie their laces and figure out the rest of the digital migration puzzle and have started distributing their content online.

One example of this is Tonight With Zororo, a local late night talk show presented by Zimbabwean media personality Zororo Makamba. Modeled around the traditional late night show format, it was launched today on YouTube and the 25 minute premier is already available online.

The show features Makamba giving an introduction of what the show is about, an interview with its first guest, local artist Ammara Brown and a performance from Ammara on the Coca Cola Sound Stage.

The production, which was handled by Nafuna TV (the production team championed by Nqobizitha Mlilo) has clearly placed a lot of emphasis on quality for issues like sound, picture and presentation, something that has often been the bane of creators trying to make a mark in the aggressive online content distribution game.

On the revenue side of things, the advertising/sponsorship route was explored clearly by the Tonight With Zororo team. Besides the presence of Coca Cola, other brands like Jaguar and Mugg & Bean are literally in the picture.

Names like Nafuna TV itself with its Angry Mwana clips, P.O. BOX with its satirical skits and Makosi Today which is another Zimbocentric talk show (albeit with an OWN flavour) come to mind.

For all these producers, the opportunity that the internet is providing is clearly too big to ignore and as Makamba put it, The internet is the biggest democracy.

Granted, the online route doesn’t have the guaranteed payday for a production that guys like ZBC or other stations offer, but there is a shot at making money from sponsorship (as has been the case with Tonight With Zororo and others) and more recently with the way YouTube has enabled monetisation.

Facebook will be leaned on extensively for distribution and promotion, something that has proven key in boosting production visibility for creators that have come before Makamba.

So what happens to ZBC?

A lot of local content producers are pursuing both the internet and ZBC’s digital offer. However, with the constraints that seem to always plague our “first and permanent choice”, avenues like the internet are proving to be a good place to start. Where financial viability is proved, usually slow adopters like ZBC are dropped.

One thing that the Tonight With Zororo launch has shown though, is that ZBC, or whoever wants to buy content, needs to remember that because of the internet, people can be producers and distributors without leaning on traditional channels. The playing field has changed.