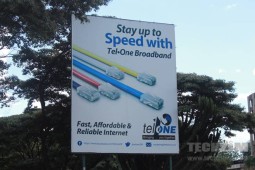 The Invisible Hand. I can’t say I remember much from Economics, but that’s one concept that stood out because, well, it explained a lot of things especially in consumerism.

Lately, I’ve realised that I don’t need to go far to dust up my knowledge on Adam Smith’s theories or figure out that the guy was right. I just look at what’s happening with local internet service providers.

We only just started the second half of the year, but by now every decent broadband provider (including the not-so-generous mobile operator) has tinkered with its product lineup, effecting changes on price, quality (that’s debatable by the way) and range.

None of this has been influenced by a warm sentiment towards the masses, it’s just the economics. Where money is hard to come by (Zim economic environment in 2015) and options are many (local broadband in 2015),  providers will butcher each other, trying to win the customer’s affection.

Which brings us to the first shot fired in this second half of 2015. TelOne, arguably the biggest disruptor in broadband this year, has adjusted its ADSL packages again. This time, it’s not price, or name, it’s the speed.

A new set of download and upload speeds for TelOne ADSL which apparently were put into effect on the 2nd of July, have been circulating. We only got to know this through TelOne subscribers who are part of the Techzim WhatsApp chat groups.

Adam Smith aside, it sounds too good to be true, so what’s the catch? Well, this is the delivery of internet, not a street vending deal. There’s that huge caveat that comes with those two nasty words, “up to”, that every internet provider loves pasting on their products.

It’s what separates the countless providers on the planet (it’s not just in Zimbabwe) from a regulatory probe and probable legal case for an inaccurate representation of facts on a product or service.

As usual, TelOne has placed that disclaimer there, though it’s worth noting that even with that exception, providers do increase the speeds they offer for the specific packages. It might not always be at 2 Mbps, but it’s faster than what you’ll get with the “up to 1 Mbps” package. The regulator makes sure of that.

I’m not a TelOne ADSL subscriber, but I’d love to hear from users of these packages if there’s a change that they have noticed on their download speeds.

In any case, the effect on the other internet providers is what really piques interest here. I wouldn’t expect every ISP to march in with a doubling of speeds straight away.

We’ve got providers like uMax that stick with their standard 1 Mbps (it’s not “up to”, it’s consistently 1 Mbps) Besides, it’s not a forced matter, and some providers want to compete on other fronts.

Our only consolation is that invisible hand, which will drive the rest of the pack to look at their speeds again. With the way things are going, it’s bound to happen, we just have to be patient. After all, the second half just started.

35 thoughts on “TelOne increases the speeds on its internet packages”