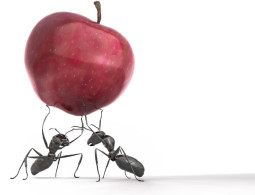 I’m leading a team of 6 developers who are working in different geographies across different working hours, and the best investment I’ve made on behalf of the company so far, is getting us on GitHub. Just to give you some background information, our platform, BitcoinFundi, is built on Ruby on Rails but it’s more than just a Rails & MySQL application. It has different components and custom daemons so to get all of this to work together, our only option was to build our own Ubuntu servers on Amazon’s AWS.

We have two servers: A development/testing server we call Dionysius and the production server we call Mercury. All of these are connected to one git repository on GitHub and we call this repository Origin. Origin contains BitcoinFundi’s source code.

Dionysius is a near identical clone of Mercury and , besides them both running two different branches of Origin, one big difference between the two is that Dionysius has a PhantomJS installation that  uses the Capybara gem to run automated tests on all the source code that is upload by developers before it’s tested by a human being prior to deployment on Mercury.

How we use branches on Servers & Dev Machines

We were able to achieve this by having two branches on Origin – Master & Production. The active branch on Dionysius is Master branch because that’s the branch developers push their changes to.

Developers are free to create as many branches on their local computers – we’re very easy going about how developers do stuff locally. I, for instance, mostly just work on one branch called Tawanda and when I write code I want to test on Dionysius. I commit my code, switch to Master, merge Master with Tawanda and then push Master to Origin. There’s another developer on our team who prefers to create a different branch for every different feature he’s working on.  Developers can do what they want on their local machines – as long as they are pushing comits to Master, we don’t care.

How we automated deployments

When a push is made to the Master branch on Origin, it triggers a webhook that gets Dionysius to automatically pull the changes that were made to the source code and then reload the web server. After that, PhantomJS lauches Capybara to test the code for bugs we can find programmatically before an actual human being steps in. If there are any errors, we get an email notification and attend to that before we push another commit. When we’re finished with our Slack integration, we’ll be able to get these notifications in Slack. That will be nice!

If the tests succeed, the developer logs into Dionysius to check that everything is indeed working the way it’s supposed to work on Mercury. At that point, the developer creates a pull request, gets someone else to review the changes and merge the pull request with Production branch to effect those changes on Mercury.

If you would like to implement this in your organisation too then Github has an excellent tutorial on how to deliver automated deployments to your server.

When a new developer joins our organisation

First they install  Git on their local machine

Next they add ssh keys to GitHub

We have a private repository on Github so only developers that are granted access will be able to push and pull from Origin. But first, the developers will need to upload their public ssh keys on GitHub. GitHub has an easy-to-follow tutorial on how to add ssh keys to GitHub.

Then they set up defaults

Assuming the dev’s name is Tinashe Dube  and their email address is tin@bitfinance.co.zw,  they run the following commands:

Then they clone the Git repository

They run the following commands:

Then they make sure Git knows who they are

It’s important for us to know who pushed what commits to Origin so we have everyone run the following commands to tell Git who they are:

I heard it said once that the Scots spell whisky without the ‘e’ (whisky not whiskey) because they believe that adding the ‘e’ wastes drinking time. I also heard that if you see a bottle of whiskey written “Scotch Whisky” then it’s a fake and not really from Scotland because the Scots just call it “Scotch” because they believe that adding the word whisky wastes drinking time.  I don’t know how far true this is but at BitFinance we have the same mentality. We hate to waste drinking time by  specifing the branch we’re pushing  or pulling to whenever we push or pull commits. So we want a situation where:

We’ll obviously continue to add/remove/modify these rules and grow and learn more but right now we’re living by these rules:

BTW, we’re hiring so if you’re a Rails developer and working with Bitcoin and these technologies are something that excites you, then I’d encourage you to consider joining our team. We have both part-time and full-time positions so you don’t necessarily have to leave your job to start working with us.

I have been writing code for the last thirteen years and I still remember how hard it was  to  collaborate with other people on the same project before Git came along. Especially if you were all editing the same source files. Humanity has really come a long way and technologies like Git have made the world a better place.

The author, Tawanda Kembo, is co-founder of BitFinance, a startup that is making it super easy for people in Africa to start using Bitcoin.