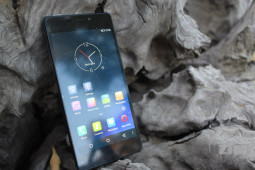 We have known for a while that Gtel is making strides into East African territory, specifically Kenya, which, as a market, is not big on the idea of phones-on-credit facilities, or the contract facility which gives both phone and airtime features over fixed periods like what is in place here in Zimbabwe.

Those efforts seem to have paid off as Gtel is reported to have secured a distribution deal with Airtel Kenya, after initial efforts failed earlier this year with the larger Kenyan operator Safaricom.

We are making efforts to confirm the terms and conditions of the deal but so far it’s been reported that Gtel will provide an initial 300,000 units for this year up to June next year. While the Safaricom deal would have been a major boost into the Kenyan market, this Airtel relationship has given Gtel an opportunity to spread into the various countries in which Airtel has a footprint. That’s some 17 countries across Africa and over 227-million subscribers.

As part of the package to be sold to customers, Gtel will provide the mobile device while Airtel will throw in the voice, data and SMS airtime. This is a similar partnership to what Gtel has locally with NetOne and Telecel through the Khuluma 365 packages.